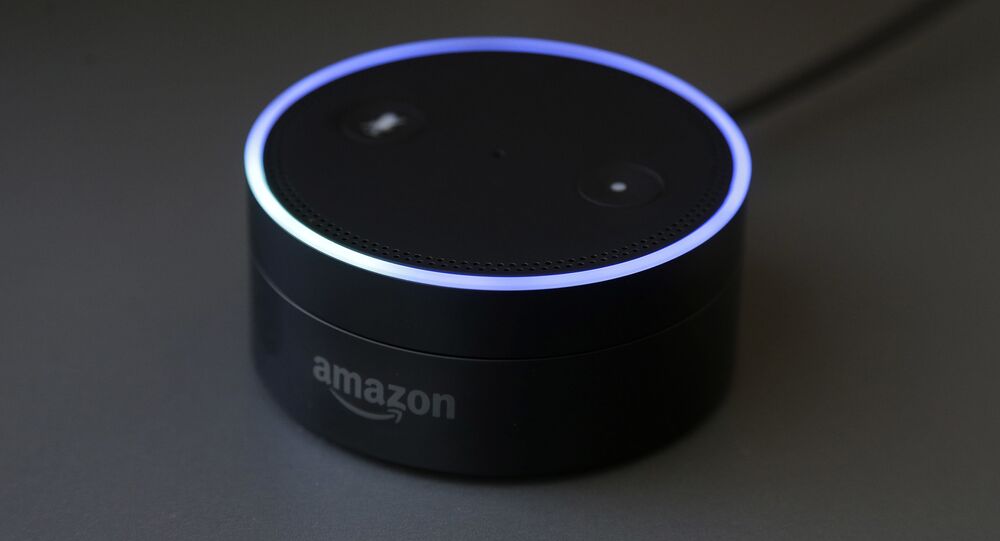 Alexa, the virtual home assistant developed by Amazon, seems to fall for conspiracy theories, or alternatively, she might have inadvertently blown the whistle on state authorities.

Video footage has emerged showing Alexa responding to the question, "What is a chemtrail?"

The robot replies that chemtrails "left by aircraft are actually chemical or biological agents deliberately sprayed at high altitudes for a purpose undisclosed to the general public by government officials."

The video was uploaded to YouTube by user Matt Landman on April 8 and now boasts over 6,000 views.

The chemtrail theory posits that the condensation trails left by planes consist of chemical or biological agents used by the government to control and even modify the weather. Some even assume that these could be used as a warfare weapon.

© CC0
The contrails of an Airbus A340 jet, over London, England

According to the reviews and comments posted just below the video, many users buy the theory:

One comment reads, "Wow, it told the truth," while another suggests "Alexa knows the secret."

However, Amazon, having acknowledged that it was a program error, has hurried to make corrections to Alexa’s program. Now replying to the same question on chemtrails, the digital assistant hits back:

"Chemtrails refer to trails of condensation, or contrails, left by jet engine exhaust when they come into contact with cold air at high altitudes."