Russia and China have developed increasingly sophisticated space countermeasure weapons to destroy US satellites, according to a new report.

Evidence "strongly indicates" that "China has sustained a broad effort to develop a broad range of counter-space capabilities," the US-based Secure World Foundation said in its April 2018 report. "China has at least one, and possibly as many as three, programs underway" for destroying satellites, the report said.

Moscow is "almost certainly capable of some limited" anti-satellite military operation, the report adds. Russian ground-based lasers also have may have the ability to "dazzle the sensors of optical imagery satellites," even if this is not the intended purpose of Russian satellite laser ranging facilities, the global counter-space capability report states.

US President Donald Trump has floated the idea of creating a "Space Force," even though the White House and US Air Force already knocked down Congressional attempts to create a "Space Corps," primarily because it would add yet another layer of bureaucracy to the Pentagon.

"You know, I was saying it the other day because we're doing a tremendous amount of work in space. I said, ‘Maybe we need a new force, we'll call it the Space Force,'" the president said. "And I was not really serious, and then I said what a great idea, maybe we'll have to do that. That could happen. That could be the big breaking story," Trump said during a March 13 speech in San Diego. 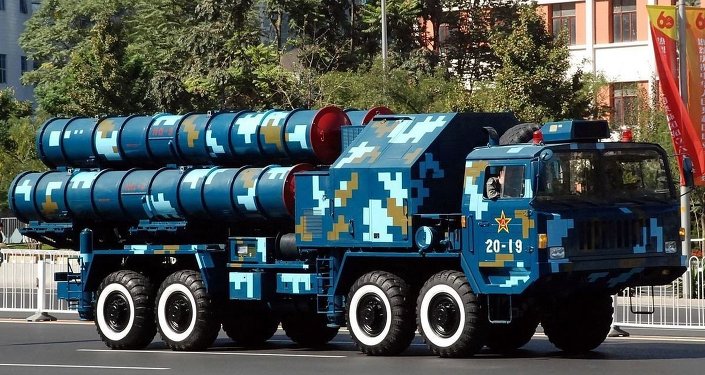 © Photo : Wikipedia
China Intercepts Missile in Space One Week After Failed US Attempt

In March, the "2018 Worldwide Threat Assessment of the US Intelligence Community" explained that "foreign countries — particularly China and Russia — will continue to expand their space-based reconnaissance, communications and navigation system in term of the numbers of satellites, the breadth of their capability and the applications for their use… Russia and China aim to have non-destructive and destructive counter-space weapons available for use during a potential future conflict."

Pizza, Soccer & Toilet in Zero Gravity: Decades of Humans in Space Getting Comfy