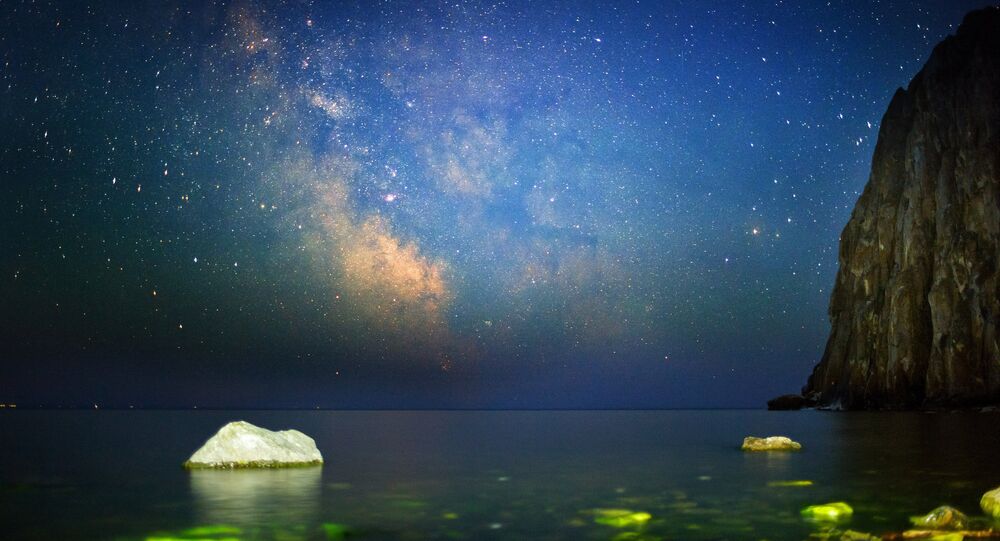 A group of psychologists say scientists will never make contact with aliens because aliens are likely to use communications based on unknown physical principles. They also say scientists are prone to so-called inattentional blindness.

A group of psychologists from the University of Cadiz in Spain has published an article criticizing alien-seeking scientists involved in the Search for Extraterrestrial Intelligence (SETI) project, saying they will never make contact with extraterrestrial civilizations.

ESA/AOES
Venus' Cloud Alien Life Mystery Explained
According to the article, published in Acta Astronautica, the scientists involved in SETI are concentrating solely on searching for radio signals when aliens are likely to use other forms of communication, including those based on undiscovered physical principles. Therefore, humanity will not be able to recognize those signals.

The psychologists also say scientists are prone to so-called "inattentional blindness." This psychological phenomenon means a human can miss an object in his sight because his attention is focused on other objects. According to the psychologists, the scientists are concentrating on radio signals too much instead of watching for other forms of communication, too.

The shrinks proved their point with a cognitive test that involved 137 volunteers. The test comprises several stages: the first stage evaluated a person's ability to solve a kind of task, a quick and intuitive answer to which would be incorrect; after that, the psychologists showed the volunteers aerial images of natural and man-made objects. Some photos included a photoshopped image of a man in a gorilla suit.

It turned out that people prone to quick and intuitive answers noticed the gorilla-man more often than people who tend to give well-thought-out, analysed answers. The psychologists say these results show that the scientists are likely to miss different evidence of extraterrestrial life that may be both right in front of them and plainly obvious.

Humanity is still dependent on the natural conditions of the Earth, vulnerable to global catastrophes and still subject to the governing rules of biological evolution. At the same time, humans are relatively close to becoming space colonists and using the fruits of genetic engineering and nuclear physics. This makes humanity stuck between the first and the second stage of their scale. A type II civilization should have control over quantum and gravitational energy, space-time and the ability to explore galaxies, while a type III civilization would be made up of exotic, immortal beings with the power to traverse multiple dimensions and manipulate dark energy and matter, the paper says.

Therefore, looking for radio signals only makes it possible to contact civilizations in the first stage of their scale, the psychologists say.

'Ghost' Signals Haunt Milky Way, but As We Get Them Aliens Will Be Already Dead