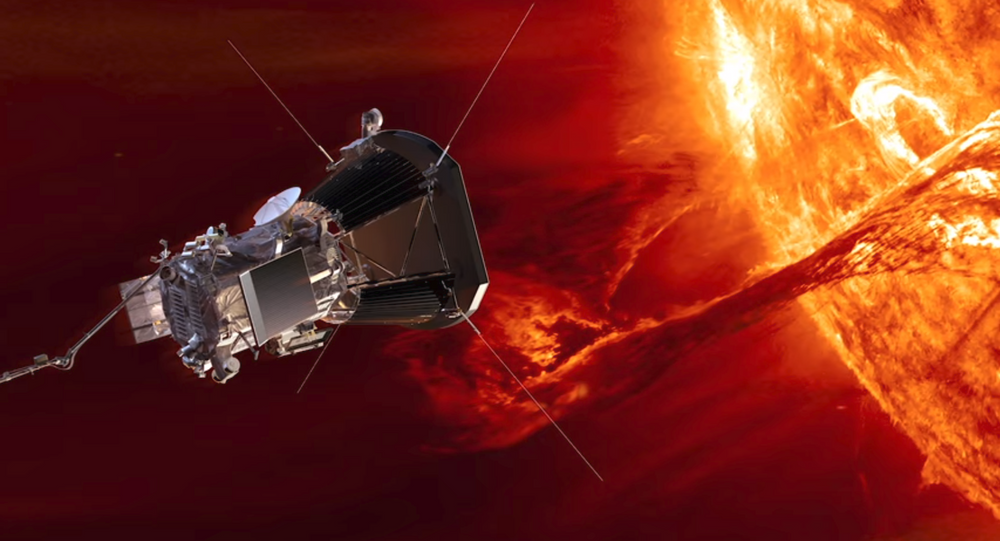 NASA is preparing for its hottest mission yet: to the sun. The agency’s Parker Solar Probe is is being tested at Astrotech Space Operations in Titusville, Florida, before its final assembly and launch, scheduled for July 31, 2018.

When the Parker Solar Probe has completed testing, it will be sent up to the sun's solar atmosphere, or corona, from Launch Complex-37 at NASA's Kennedy Space Center in Florida after 4:00 a.m. EST. If it fails to make its two-hour launch window, there will be other launch windows every day until August 19.

​No human spacecraft has ever made it as close to the sun as Parker intends to get. Contrary to what one might assume, the sun's corona is actually 200 times hotter than its surface. NASA's probe is designed to survive those brutal conditions with the help of its 4.5 inch-thick carbon-composite shield, which is supposed to protect the car-sized spacecraft from from temperatures reaching 2,500 degrees Fahrenheit (1371 C).

The shield will have four suites in it with tools to study the sun's magnetic fields, plasma and energy particles and to take images of its solar wind.

​"Parker Solar Probe is, quite literally, the fastest, hottest — and to me, coolest — mission under the sun," project scientist Nicola Fox, of the Johns Hopkins Applied Physics Laboratory, said in a statement. "This incredible spacecraft is going to reveal so much about our star and how it works that we've not been able to understand

The Parker Solar Probe will maintain a distance of 4 million miles from the sun's surface and will get there at a speed of 430,000 mph — fast enough to get from Washington, DC, to Tokyo is under 60 seconds. It will reach 450,000 mph at its closest approach to the sun, which will make it the fastest man-made object ever.

You, too, could be a part of this amazing mission: NASA is asking people to submit their names before April 27, promising to put them on a microchip installed directly on the probe. William Shatner, who played Captain Kirk on "Star Trek," is already among those included.

NASA's Parker Solar Probe is the first to be named after a living scientist. Typically, missions are renamed after their launch and certification, but astrophysicist Eugene Parker was given the honor of lending his name to the mission from the get-go for his "important contributions to heliophysics and space science" since the 1950s. Parker coined the term "solar wind" and theorized explanations for the complex and baffling environment inside the solar atmosphere, which affects conditions on Earth and other bodies in our solar system.