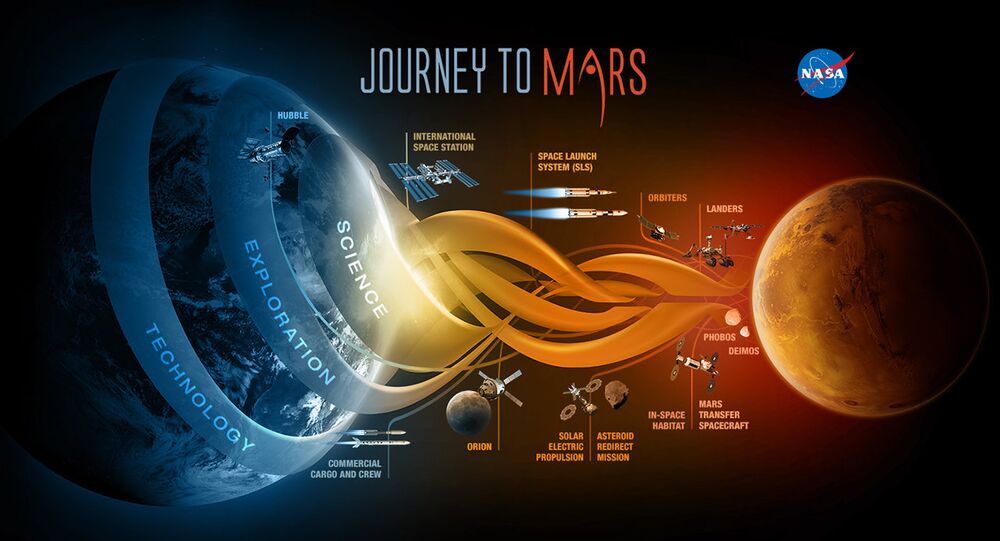 Sustainable methods of transportation are there for us not merely on Earth, but perhaps also in outer space, with researchers now striving to find more or less "green" options even for cargo deliveries in outer space.

Russian scientists have suggested launching cargo from Mars with the help of huge cables stretching from Phobos or Deimos. The innovative move essentially implies saying no to using rockets operating on chemical fuels, according to reports published in a Russian scientific research journal.

Researchers predict that by the middle of the twenty-first century we will boast the appropriate technology to build a space elevator  to link Earth to our moon. They argue that it will be possible to similarly connect Mars and its satellites.

"We deem it more realistic to exploit cable systems to send piloted spacecraft into space from Mars, without any rocket propulsion," the journal reads.

Most notably, scientists say that there will two ways to ship cargo from the Martian surface. The first option envisions spacecraft starts off from the surface on its own and docking with the end of the cable, moving at about 2 kilometers per second.

In the second option, the cable will automatically grab cargo from the red planet’s surface due to extremely precise estimates of the dock-launch location. The cargo will be attached to the cable loop, hanging on masts. It will first grab hold of the loop and then pull the cable "hanging" from Phobos or Deimos with the help of a special device.