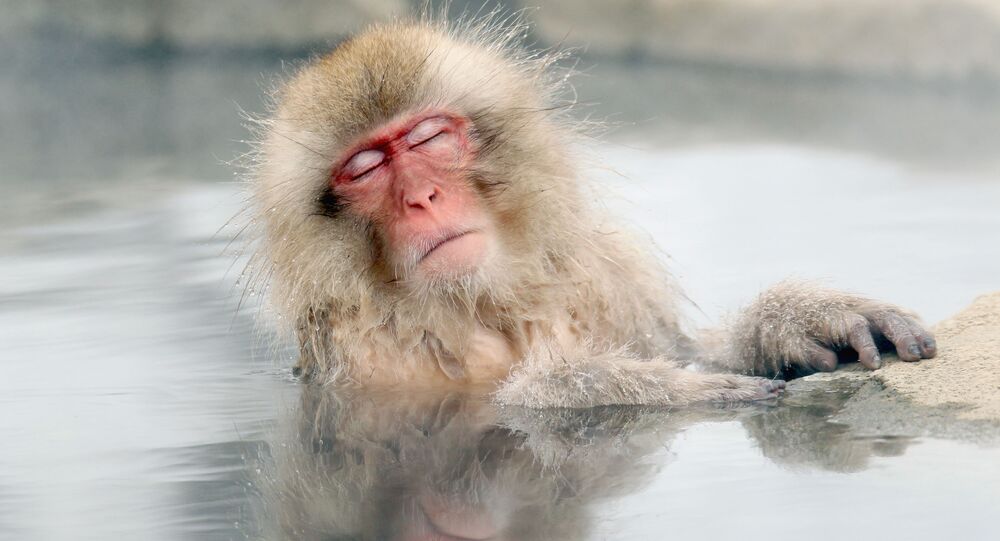 The primates' penchant for relaxing in geysers in central Japan has long puzzled researchers, who assumed that they just did so to stay warm.

A new study by researchers from Kyoto University's Primate Research Institute and Wildlife Research Center has discovered that the macaques who bathe in the hot springs at Nagano Prefecture's Jigokudani Valley do so in part to keep their stress levels in check.

Their study, titled "Beneficial effect of hot spring bathing on stress levels in Japanese macaques," has been published in the Primates scientific journal, and explains that the primates' ritual has important and long-term health benefits. Biologists observed the behavior and bathing rituals of 12 female macaques aged 5 to 24 during the spring birthing and winter mating seasons, and collected samples of excrement to measure glucocorticoid (stress hormone) levels.

Youtube / Sputnik
Chimpanzee Attempts Prison Break
According to the biologist, "this unique habit of hot spring bathing by snow monkeys illustrates how behavioral flexibility can help counter cold-climate stress, with likely implications for reproduction and survival."

Japanese macaques, also known as snow monkeys, are the world's northernmost species of monkey, and live in central Japan, as well as the Shimokita Peninsula in northern Honshu Island in areas where fall and winter temperatures reach well below zero. The macaques' unusual fondness for geysers was long thought to be based on their desire to stay warm during the cold winter months.