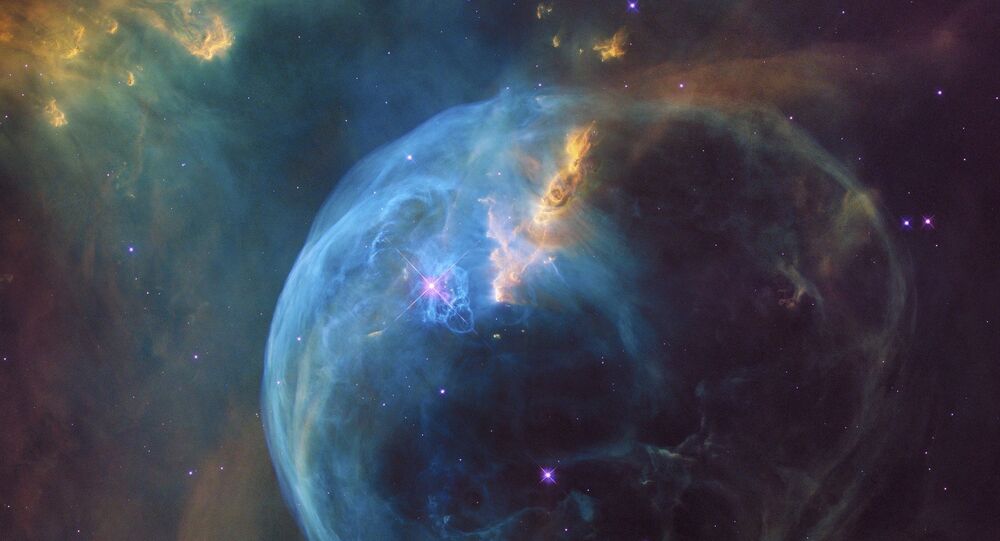 Writing on the Wall: 'God Particle' May Destroy the Universe – Scientists

British researchers have warned that it will be a sudden bang rather than a slow disruption that will add to the end of the Universe, a process which they claimed may already be in place.

In a study published by the journal Physical Review D, Harvard University physicists specifically mentioned the Biblically destructive role of a giant cosmic bubble, which they claimed may be generated by Higgs boson, an elementary particle in physics sometimes referred to as "the God particle."

The mass of the Higgs boson, which was discovered at the Large Hadron Collider in 2012, currently stands at 125 gigaelectronvolts, a figure which scientists said may one day be altered, according to the rules of quantum physics.

READ MORE: Hawking Sheds Light on What Happened Before the Universe Was Born (VIDEO)

If this mass finally changes, it will ride roughshod over all the vital elements in the Universe, altering existence itself and destroying all life.

The similar metamorphosis of "the God particle" would give birth to a bubble of expanding negative energy, within which all the laws of physics would be disrupted.  The ball would grow until it finally devours the Universe, according to researchers.

They warned that the process may have already begun and that it is impossible to know about the possible breakdown of the Higgs boson because of the fact that our Universe is infinitely huge.

At the same time they assured that only about ten quinquadragintillion years on, it could be relevant to talk about the end of the Universe.