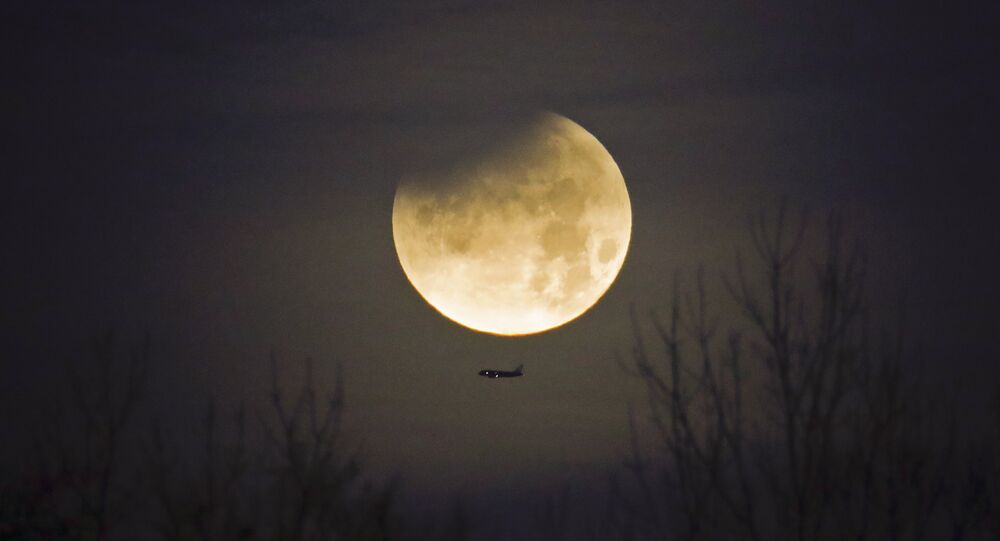 ET hunters and conspiracy theorists now claim that we are not alone in the universe, but that there are aliens who actually live inside the Moon and that they even created our natural satellite.

Among the many videos referencing aliens, which Graham has posted on YouTube, there are two distinct ones that show anomalies on the lunar surface.

© CC BY 2.0 / Nick / Bristol
'Bouncing off the Moon': Bristol Man Sights Alleged UFOs in Jaw-Dropping VIDEO
One features something that resembles a humanoid creature wearing a helmet and a visor. Moreover, its body parts are proportional to those of a real human being.

The other video features a flying saucer-like object hidden behind a rock.

It is not the first time that conspiracy theorists have talked about the existence of alien life on the Moon. Previously, they have claimed to spot several suspicious activities, UFOs, and mysterious buildings to support their claim.

Some UFOlogists believe that the Moon is not our satellite but a base created by aliens to keep a constant eye on humans.

According to a NASA study conducted in 1962, the Moon’s inner surface is thinner than its outer one.

Another theory purports that because the Moon is hollow inside, extraterrestrials could be using it as a base from where they watch over what people down on Earth are doing.