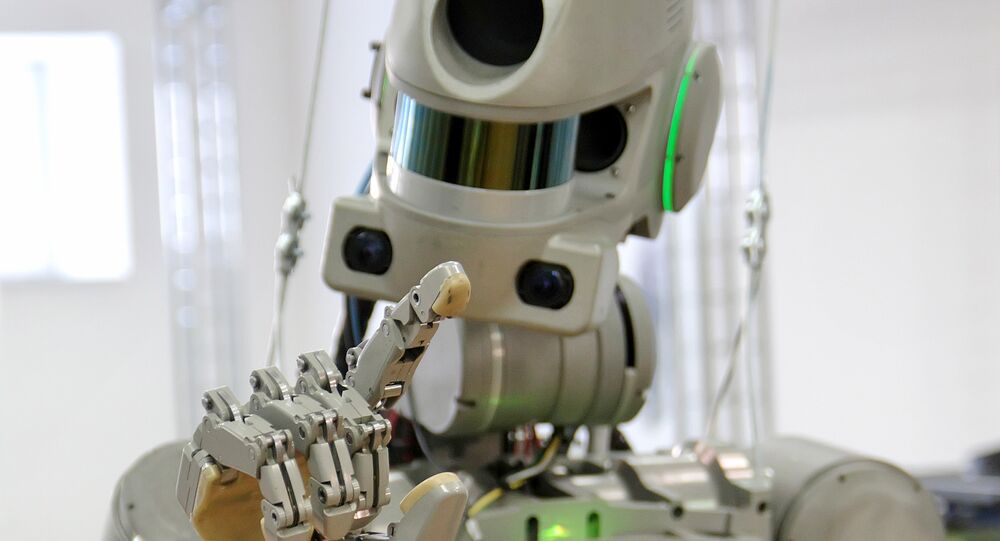 The new Russian manned spacecraft Federatsiya (Federation) is designed to deliver people and cargo to low earth orbit, as well as to the moon. The first such spaceship is expected to be commissioned by 2021.

It will be a modernized version of the humanoid robot FEDOR (Final Experimental Demonstration Object Research) that is expected to be the first to fly to outer space on board the state-of-the-art manned spacecraft Federatsiya (Federation), Yevgeny Dudorov, technical director of the Russian robot manufacturing company Android technology, told Sputnik.

"It will be the next version of FEDOR which will be created on the basis of technology that has already been developed […]. It will most likely get a different name," Dudorov said. At the same time, he did not rule out that the new robot may be called "FEDOR-2" or "Test Engineer."

Dudorov explained that during the flight, the robot will be tasked with collecting data so that the developers can then assess the possibility of controlling the spaceship with its help both in the autonomous and the copying mode.

The Federatsiya was designed by Russian Space Corporation Energia to deliver people and cargo to low earth orbit and the moon. The spacecraft is capable of staying in the autonomous flight mode for up to 30 days and up to a year as part of a space station system.

The first Federatsiya spacecraft, which will be 80 percent made of composite materials, is due to be commissioned before the end of 2021.