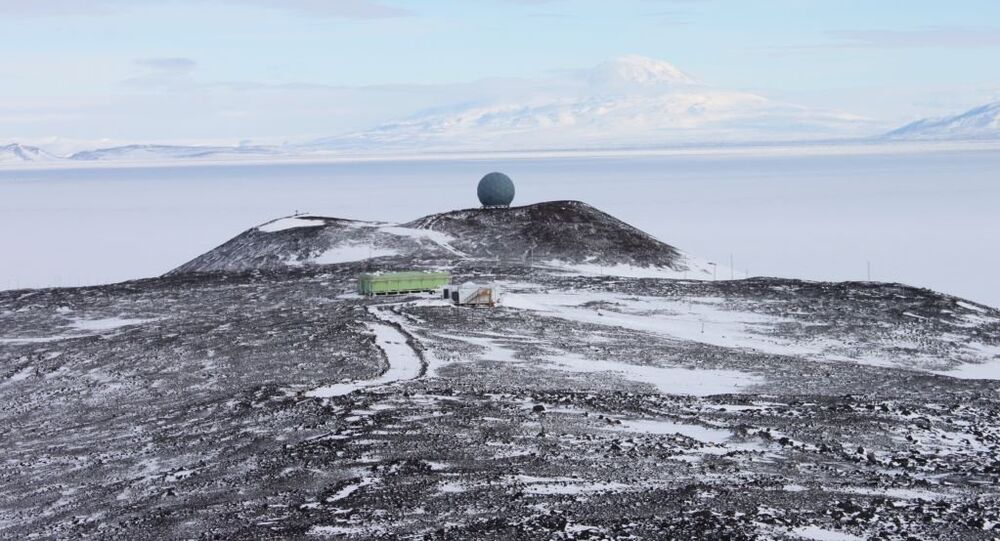 The Antarctic Specially Protected Area (ASPA) includes a total of 72 sites, supervised by the governments of 13 countries, including Russia, the United States, Britain and Australia.

A top secret government laboratory located in Antarctica's South Pole mountain range and patrolled 24/7 by the military has been caught on video, according to the Daily Star.

Operated by the United States Antarctic Program and Antarctica New Zealand, the laboratory was described by journalist Breanna Barraclough as a "strange-looking orb" with moth-balled computer hardware inside.

The Daily Star cited Barraclough as saying that "these clunky computers are older than I am, but they work" and that "instead of a USB port, each computer is equipped with a floppy disk drive."

She cited scattered skylights and the Dobson spectrometer that's used to explore the ozone layer, adding that other highly sensitive equipment "studies the upper atmosphere and auroras – the polar lights."

© AFP 2020 / HO / US COAST GUARD
'Operation Deep Freeze': US Icebreaker Heads for Antarctica to Resupply Bases
This secret base is supposed to be located on the territory of so-called Area 122, one of the 72 sites of the Antarctic Specially Protected Area (ASPA), protected by Russia, the United States, Britain, Australia, New Zealand, Chile, France, Argentina, Poland, Norway, Japan, India, and Italy.