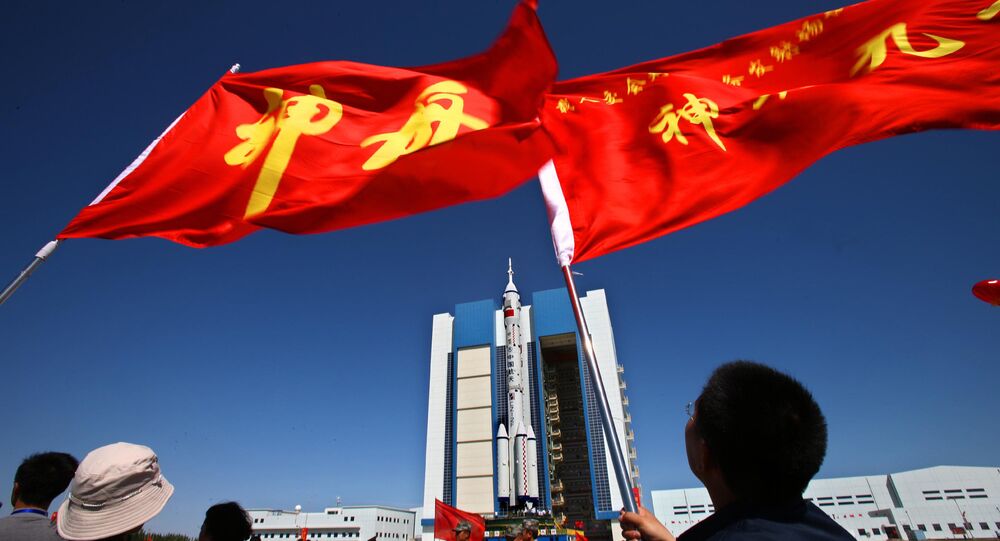 The Chinese Academy of Launch Vehicle Technology (CALT) has announced the development of an aerospace vehicle capable of morphing its shape during flight.

According to the announcement posted on the academy's official website, the body of a bee was the prototype for the creation of the spacecraft.

The morphing spacecraft is expected to reduce resistance during flight and be more fuel-efficient, CALT said.

Designer Hu Guotun, said that, "We have drawn inspiration from the bee's abdomen structure, which allows the bee to flex freely and control the direction of flight.”

© AFP 2021 / Dale de la Rey
Free-Falling Chinese Space Station to Strike Earth in Early April
According to him, during a space flight, the aircraft twice crosses through the atmosphere of Earth. "During the second transition, the spacecraft moves for a while due to inertia," the scientist continued, "modification of the shape and reduction of resistance in this way is of great importance for saving fuel."

The report also says that on the basis of this concept, experts have already developed simulation, allowing them to discover that the morphing nose cone of the craft can reduce aerodynamic drag by more than 20 percent.

Hu noted that such a positive result "is of great importance not only for the development of the aerospace industry, but also for the future development in the commercial market of aerospace vehicles."