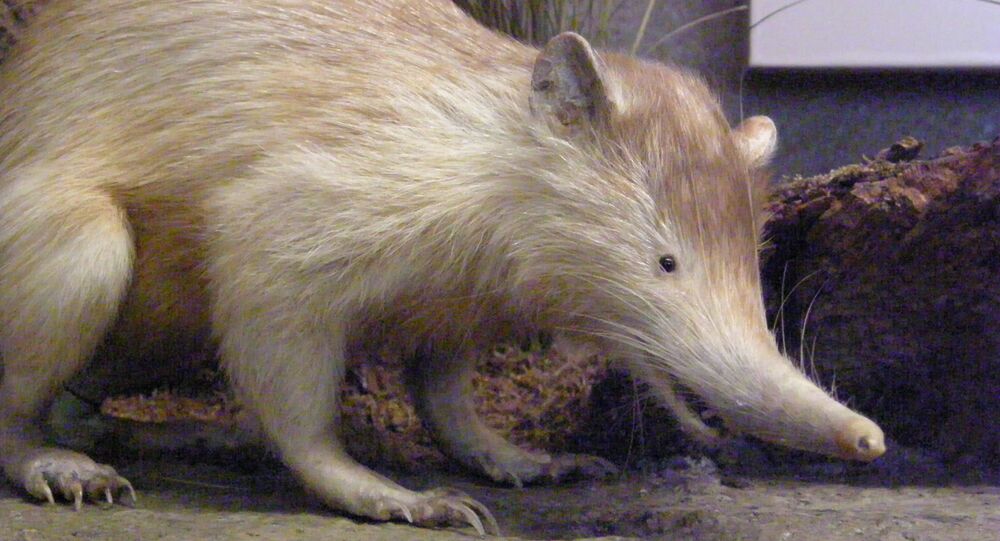 The most recent studies have shown that they originate from mammals that inhabited the Earth roughly 73 million years ago. The Solenodon paradoxus is a rare mammal that uses venom to kill its victims.

Russian genetic scientists in collaboration with their foreign colleagues have managed to decipher the DNA of Hispaniolan solenodon and made an amazing discovery. Its turns out that its ancestors survived the meteoroid impact that killed the dinosaurs, which is surprising, considering that they lived not far from the impact site.

The DNA sequencing of the rare creature was complicated by the fact that it has no close relatives on Earth as it evolved in complete isolation on the island. The genetic scientists had to resort to several scientific tricks to beat the difficult task, namely using the species' poor genetic diversity.

Solenodon paradoxus (also known as Hispaniolan solenodon) is a mammal living only on the island of Hispaniola and was considered extinct, when it was first discovered by the expedition organized by the Russian Academy of Sciences in 1833. What distinguishes this species from most other similar mammals is an ability to poison its victims using grooves inside its teeth.