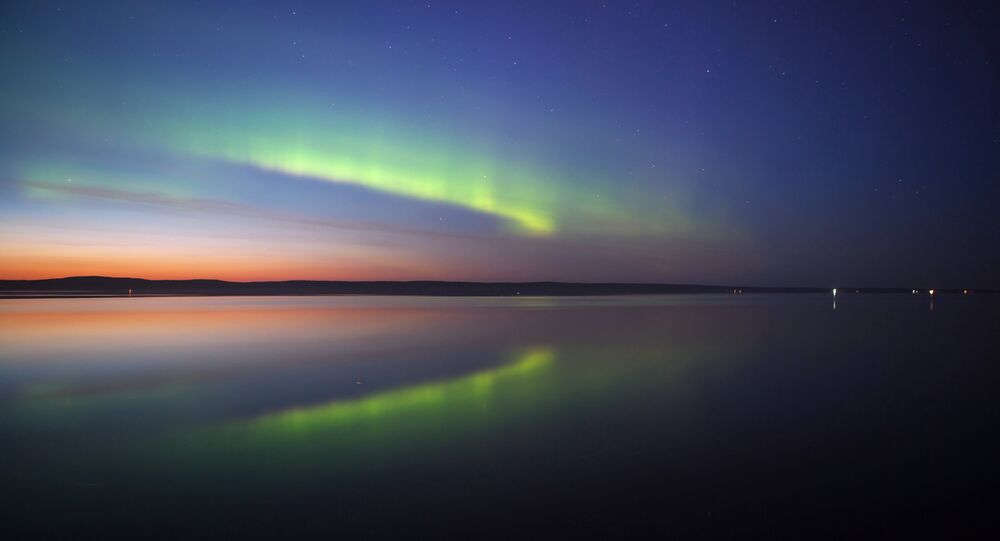 A team of scientists led by Liz MacDonald has found an explanation for the mysterious aurora “rainbows” that have started popping up since 2015. it required an army of civilian photographers, though.

Since 2015, a new phenomenon has started to appear in Earth's skies. People in Southern Canada have taken photos of strange aurora-like lights. But if your normal aurora has an elliptical shape, and is usually green — and, rarely, red or blue — this new sky shimmer is violet and it appears to be a curved line with a start and an end. What's even stranger is that this phenomenon can be observed much further from the north pole than a normal aurora is.

"This is a light display that we can observe over thousands of kilometers from the ground," said Liz MacDonald from NASA's Goddard Space Flight Center in Greenbelt, Maryland. "It corresponds to something happening way out in space. Gathering more data points on [the phenomenon] will help us understand more about its behavior and its influence on space weather."​

​In order to gather more data on the rare phenomenon, MacDonald turned to the Aurosaurus, a citizen science project, funded by NASA and the National Science Foundation, which tracks the auroras through user-submitted reports.

However, according to Phys.org, it was an European Space Agency Swarm satellite that happened to pass over the area that was also observed by the so-called whole sky cameras, a specialized sky survey cameras, of University of Calgary and University of California, Berkeley.

© AP Photo / Boris Grdanoski
Scientists Warn of Danger of Pandemic Caused by Mysterious New Disease
Thanks to the data gathered by these two channels, MacDonald came to the conclusion that these rainbows are, in fact, a close relative of auroras, really only differing in details. The data showed that this phenomenon comprises a fast-moving stream of extremely hot particles called a "sub auroral ion drift," or SAID — a phenomenon known about since 1970.

Ironically, the Swarm satellite which studied SAID had a lot of different measurement equipment, but not an imager. The scientists have never actually looked at what they are studying.

"People have studied a lot of SAIDs, but we never knew it had a visible light. Now our cameras are sensitive enough to pick it up and people's eyes and intellect were critical in noticing its importance," says Eric Donovan, a co-author of the study.

The aurora-related phenomenon called "Steve" is making the headlines once more, with a great article published in Science Magazine yesterday.
Here's what it looks like in-camera!:)#AlbertaAuroraChasers #Canada #ScienceMag #AuroraBorealis #NorthernLigh… https://t.co/NKpAS48nCb pic.twitter.com/WOYQvWlFCb

​The scientists also determined that this phenomenon occurs simultaneously with normal auroras at higher latitudes, closer to the pole. This led the scientists to conclude that both the aurora and these "rainbows" are caused by the same process.

This celestial phenomenon "can help us understand how the chemical and physical processes in Earth's upper atmosphere can sometimes have local noticeable effects in lower parts of Earth's atmosphere," said MacDonald. "This provides good insight on how Earth's system works as a whole."

Hey Down There! Moscow, Aurora as Seen From Orbit