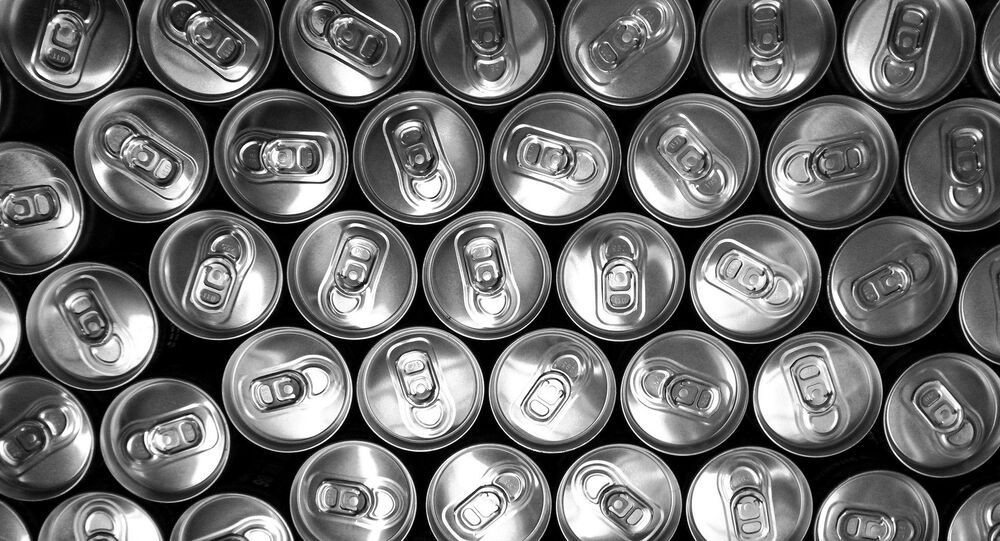 Led by a visiting professor from Germany, Alexander Gromov, a team of researchers from the Department of Non-Ferrous Metals and Gold at the National University of Science and Technology MISiS has developed a method for obtaining an alternative source of environmentally friendly fuel (hydrogen) from aluminum and non-ferrous metals waste.

Exposed to treatment, a 0.33 liter soda can would yield enough fuel to power a car for 20 meters.

Aluminum and non-ferrous metals are the most expensive type of waste. The need to sort out and recycle it is dictated by several factors, including, first, the cost of metals, second, the wasted fuel energy enclosed in the chemically active metallic aluminum, and, third, safety concerns: stored aluminum scrap gets oxidized and emits hydrogen, an explosive chemical reagent.

Russia’s aluminum can market is estimated at 2-3 billion packing cases a year. A 0.33 can weighs 15 grams, and so the annual consumption of pure aluminum amounts to 30,000-40,000 tons. Cans are typically used within several days to several months. After use, they normally end up on a garbage heap along with other aluminum waste.

© Photo : National University of Science and Technology MISiS
Aluminum can on a garbage heap

The European secondary aluminum market is estimated at about 9 million tons (European Can Market Report 2013/2014). Left on dump sites without control, the metal uselessly emits hydrogen into the air. More than a half of this aluminum is never used again, which is tantamount to the loss of 130 TJ (terajoules) of energy.

Countries that sort out their aluminum and non-ferrous waste melt them for secondary metal. Switzerland, for one, recycles 90 percent of its household aluminum waste (data for 2017). The shortcoming of this method is the high cost of transportation, cleaning and smelting, as well as the high toxicity of the resultant sludge.

© Wikipedia / MISiS
Russian Scientists Create Biodegradable Scaffolds
A research team from the National University of Science and Technology MISIS, in conjunction with colleagues from the Joint Institute for High Temperatures of the Russian Academy of Sciences, suggested using aluminum waste in alternative green energy production as a reagent for a metallic aluminum-water hydrogen-generating system. The aluminum-water reaction disengages free hydrogen which can be later burned or oxidized in a fuel cell for electricity. The chemical energy enclosed in each 15-gram can is equal to 255 KJ, which is enough to drive a car over 20 meters at a fuel efficiency of 5 liters of gas per 100 kilometers.

Aluminum reacts with oxygen and water rather slowly, with its surface acquiring a thin oxide-hydroxide film which protects the metal from contact with the oxidizer and halts the chemical process. To solve this problem, the research team has proposed a method to activate the oxidation process mechanically, which implies the grinding and reagent treatment of aluminum scrap to destroy the oxide film.

“We have proposed a system that involves analyzing source raw materials, optimizing methods to grind aluminum scrap, developing oxidation mechanisms and modes, as well as storing and transporting the resultant hard metallic reagent,” explains project head Alexander Gromov, DSc (Technology), visiting professor at the NUST MISIS Department of Non-Ferrous Metals and Gold. “We have found optimal reagents to oxidize aluminum scrap and developed a concept for a hydrogen apparatus identical to the carbide acetylene generator. The technology is fire-and-flame proof and helps to solve three practical problems: recycling scrap of aluminum and other hydro-reacting metals, obtaining practically free hydrogen, and raising public awareness of the need to sort trash and recycle.”

The resultant hydrogen will be used as fuel in portable electricity sources, transit systems, and smaller power installations.

An article substantiating the new technology has been published in the Powder Technology journal. Currently the team is working on an experimental installation and testing the technology in laboratory conditions.