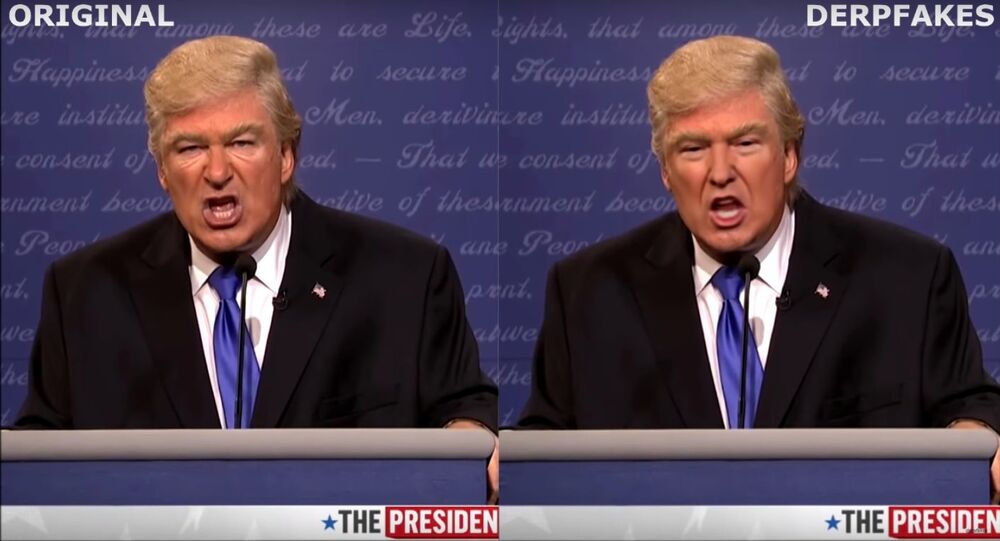 User-friendly face-swapping video-editing software making it possible to create fake videos seeming to feature real politicians is reaching a point where it is becoming a global security threat, politicians and academics warn.

'Deepfakes', a combination of the terms 'deep learning' and 'fake', is an artificial intelligence-based image synthesis technique that combines source images or videos with other images or videos to create an ultra-realistic end result.

Getting its start in online pornography, the technology has since spread to the political realm, with easy-to-use software making it possible for anyone, anywhere with a computer and an internet connection to create hoaxes and increasingly convincing fake news.

'Derpfakes', a comedy YouTube channel featuring videos with fakes of politicians and celebrities demonstrates just how far the technology has come, showing side-by-side comparisons of Donald Trump, Vladimir Putin and Hillary Clinton, before and after they are altered using the imaging synthesis technique.

And while Derpfakes' videos seem harmless, since they make no claim that the people in the videos are the real deal, some politicians and experts believe that as the technology progresses, it may become a real threat to the political process or even global security.

Speaking to CBS News, Virginia Senator Mark Warner cautioned that the prospect "that someone could put another person's face on an individual's body, that would be like a homerun for anyone who wants to interfere in a political process."

"This is now going to be the new reality, surely by 2020, but potentially even as early as this year," the senator added, referring to the upcoming US midterm elections in November.

© CC BY 2.0 / Esparta Palma / Angel Celebrado
Mexico Prepares to Track Down 'Fake News' Amid Election Campaign
The politician stressed that neither party is safe from this potential form of digital manipulation, adding that "we as a country [need] to get our act together" to tackle the problem.

For his part, digital forensics expert and Dartmouth College computer science professor Hany Farid warned of even broader dangers posed by the technology. "We are absolutely not ready for this…on so many levels," he stressed.

Pointing out that computer programs enabling the creation of convincing fake audio from written text are just around the corner to compliment the fake videos, Farid said that the prospects of that were "terrifying." "Now I can create the president of the United States saying just about anything," he noted.

According to Farid, the ultimate nightmare scenario was "a fake video of a politician saying, 'I have launched nuclear weapons against a country.' The other country reacts within minutes, seconds, and we have a global nuclear war."

Pointing out that the world is already struggling against the onslaught of fake news, the computer scientist warned that when you "add to that fake images, fake audio, fake video, and you have an explosion of what I would call an information war."