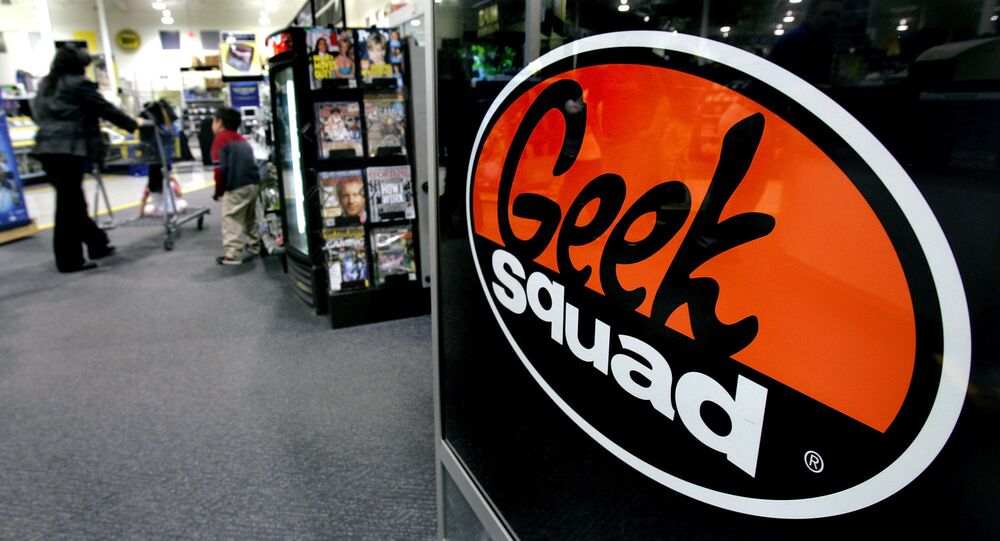 New documents released about the FBI’s relationship with computer repair company Geek Squad have revealed tightly knit, possibly illegal cooperation and searches of computers being fixed by the latter.

The Electronic Frontier Foundation (EFF) filed a Freedom of Information Act (FOIA) lawsuit against the US Department of Justice in 2017 into the relationship between the FBI and Geek Squad. Geek Squad is accused of flagging illegal material in computers they were repairing that was then used by the FBI in arrests and prosecutions — a violation of the Fourth Amendment right of Americans to avoid unlawful searches and seizures of their property.

The EFF noted this had happened on multiple occasions. Best Buy issued a statement Tuesday claiming that they often had "a moral and, in more than 20 states, a legal obligation to report these findings to law enforcement." Best Buy wrote that customers were made aware of this policy before any repair work.

But the relationship goes even deeper than that, EFF reports. Both Geek Squad and their parent company Best Buy have enjoyed a close relationship with the bureau, with the FBI considering some Geek Squad employees as informants.

FBI memos reportedly described some Geek Squad employees as "confidential human sources [CHS]." On at least one occasion, a Geek Squad employee received a $500 payment in exchange for an FBI tip that appears to be connected to the case of Dr. Mark Rettenmaier, a California man who had charges of child pornography possession dropped in November.

Rettenmaier sent his computer to a Geek Squad repair facility in 2011 and a technician found what he believed to be child pornography on Rettenmaier's hard drive. The California OB/GYN was indicted in 2014 on counts of possession, but the judge threw the case out because, among other reasons, Rettenmaier's hard drive was searched by Geek Squad and the FBI before they received a warrant to do so, making their findings unusable as evidence.

In 2008, Best Buy reportedly hosted a meeting of FBI cybersecurity professionals at one of their own facilities in Louisville, Kentucky. Memos and emails retrieved by EFF show that the FBI's Louisville division "has maintained close liaison with the Geek Squad's management in an effort to glean case initiations and to support the division's Computer Intrusion and Cyber Crime programs."

The FBI documents offer some contradictions as to their exact relationship with Geek Squad. One document retrieved by EFF claimed that Geek Squad alerted the FBI of illegal materials they discovered on computers they were repairing, but they were not intentionally searching for illegal content on the FBI's behalf.

Nevertheless, Geek Squad employees discover "what appears to be child pornography on customers' computers nearly 100 times a year," according to Best Buy's statement. "Our employees do not search for this material; they inadvertently discover it when attempting to confirm we have recovered lost customer data."

Other files retrieved by EFF suggested the opposite. Rettenmaier's case is one such example: the image was found in unallocated space in his hard drive, which would require the use of forensic software to find.

Geek Squad also reportedly offered a bounty to employees who found illegal content on the computers. Best Buy denied the existence of a bounty, instead claiming that four employees had "received payment after turning over child pornography to [and from] the FBI," adding that the employees had acted in "poor judgement" and been fired or reprimanded.

When EFF asked if any other computer repair companies had a similar relationship to the FBI, the bureau withheld that information. EFF claimed that they would take the FBI to court later in 2018 to try to obtain this info.

They also withheld information as to whether or not they had internal procedures or training programs for cultivating informants at computer repair companies like Geek Squad. Best Buy denied that any of their employees received FBI training.