MOSCOW (Sputnik) - Researchers at the Plekhanov Russian University of Economics, together with their Italian colleagues from the University of Catania, have studied the possibility and conditions for the use of film materials based on a biodegradable polymer to create environmentally friendly packaging for food with selective gas permeability.

The problem of processing plastic waste is growing more acute every year, so scientists around the world are making great efforts to develop biodegradable polymers.

A strong contender for the ideal material is polyhydroxybutyrate (PHB). This polymer is generated by a number of microorganisms, so in nature, there is a natural cycle for ‘processing,' it which makes it suitable for use as a multi-purpose environmentally friendly plastic. 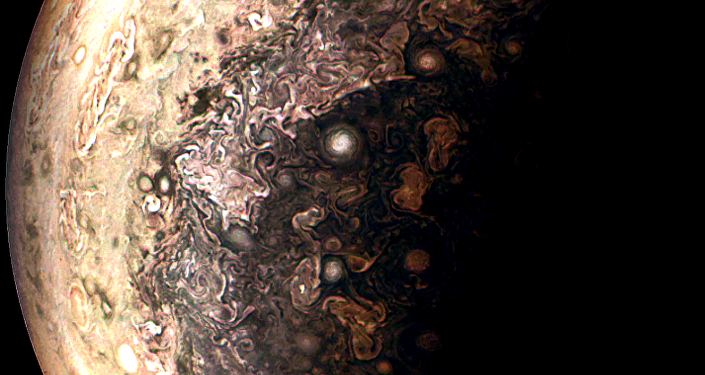 © NASA . GeometricArt
Are They Out There? Scientists Claim Possible Existence of Radiation-Eating Aliens
Scientists have investigated two types of PHB based films, obtained through two different technological methods: application of solution and spinning of melt. It turned out that the technology determines the structure and selective gas permeability of polymer films, which is important when packaging perishables. The biodegradability of the material determines its environmental friendliness.

"The selectivity of these materials is determined by their internal structure, which in turn is determined by the technological parameters of producing the films: time, temperature, and pressure. Especially important is the selective gas permeability of the films: they can pass nitrogen, carbon dioxide, water vapor, but not oxygen. This is necessary to preserve foodstuffs and medicines that are generally sensitive to oxygen, which is activated by ultraviolet radiation when exposed to sunlight. These films provide UV protection," says Anatoly Olkhov, a leading researcher at the Promising Composites and Technologies Laboratory.

Selective gas permeability is determined by the ratio of the crystalline and amorphous phases in polymer film, as well as by the presence of a fraction of oriented (dense) and isotropic domains in the amorphous phase. Polymers are capable, under certain conditions, of assuming an ordered or isotropic state. An ordered state implies that macromolecules are oriented in one direction, which is characteristic of crystallites.

An isotropic state implies that there are amorphous macromolecules in the polymer that do not have a preferential orientation. The presence of a fraction of ordered or isotropic domains is determined by the conditions in which the films are produced.

The structure of the films was investigated by differential scanning calorimetry (measurement of heat), scanning electron microscopy, and electron paramagnetic resonance. Scientists also found out that controlling crystallinity helps optimize the mechanical (change in strength, elongation, etc.) and barrier (the change in gas permeability, sorption, etc.) behavior of these materials.

In the future, these films could be used to pack different types of food products and medicines, and be fully biodegradable after use, minimizing the damage to the environment. The decomposition period of these films is from a month to a year.