ISS Crew Returns Safely From Space Back to Earth (VIDEO)

The Soyuz MS-06 spacecraft undocked from the station at 11:08 GMT on Tuesday and entered the atmosphere of Earth at 2:09 GMT on Wednesday. 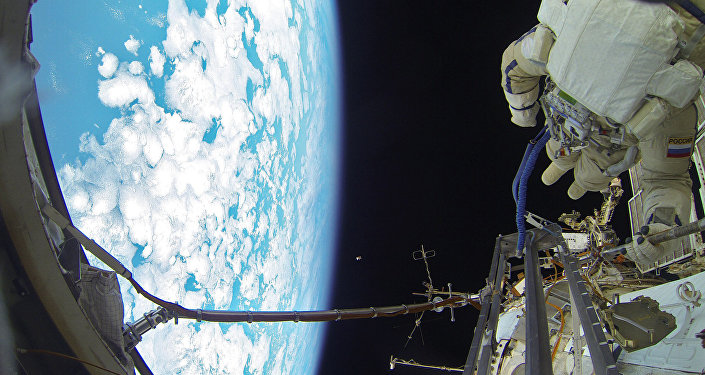 © Photo : Roscosmos
Russian Cosmonauts Set New Record for Longest Spacewalk (VIDEO)
The mission control center expected the capsule with the crew to land about 90 miles south of the city of Zhezqazghan.

The ground crew began evacuating the Russian cosmonaut and the US astronauts from the capsule.

According to the mission control center, the ISS crew are in good health upon their return to earth.

Misurkin, Acabaand and Vande Hei were part of ISS expeditions 53/54. Russian astronaut Anton Shkaplerov, US astronaut Scott Tingle and Japanse astronaut Norishige Kanai remain at the station, waiting for the arrival of expeditions 55/56.

Cosmonauts Alexander Misurkin and Anton Shkaplerov have set earlier a new record for the longest spacewalk conducted by Russians after they were held up in space fixing a communications antenna. The cosmonauts stayed outside the International Space Station for 8 hours 13 minutes, six minutes longer than Oleg Kotov and Sergei Ryazansky, a Sputnik correspondent reported from the Russian space agency Roscosmos' Mission Control Center in Korolyov near Moscow.

However, the world record belongs to NASA astronauts Susan Helms and James Voss, who conducted an 8-hour and 56 minutes spacewalk in 2001.