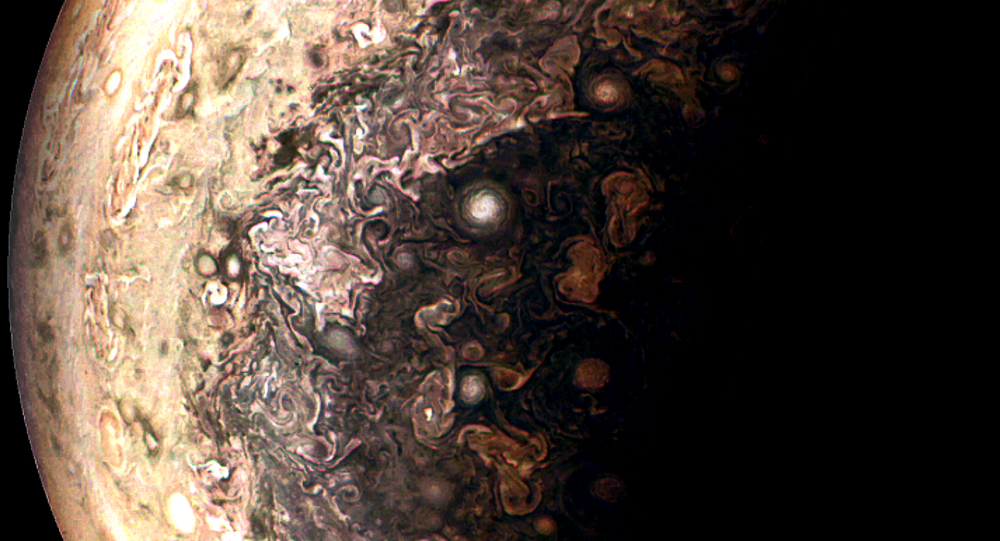 The mighty Jupiter and its satellites have long since captivated scientists around the world. Recently a group of Brazilian scientists made an interesting discovery which may bring humanity one step closer to locating aliens on the distant planets of our Solar system.

Researchers from the Brazilian laboratory of synchrotron light at the University of Sao Paulo have suggested that Jupiter’s satellite Europa may contain bacteria which feed on radiation, the magazine Science Alert reported.

According to the scientists Europa, most likely, has radioactive elements which could serve as a source of energy for microorganisms similar to those of the terrestrial Desulforudis audaxviator.

© CC0
Ok, Aliens May Arrive Soon on the White House Lawn, but How Will We Know They Mean Well?
Desulforudis audaxviator is a monotypic bacterium, which lives in depths from 1.5 km to 3 km below the Earth's surface in the groundwater.

These organisms do not need sunlight as they obtain energy on the basis of a reduction reaction involving sulfates and hydrogen, obtained as a result of decomposition of water molecules during the decay of uranium, thorium and the radioactive isotope of potassium.

According to the scientists life on Europa can exist under three conditions: the presence of water, high temperature and presence of chemical elements necessary to maintain organisms’ metabolism.

The two elements are likely to exist on Jupiter’s satellite. However, the scientists do not yet know which of the substances are present in the waters of Europa.

The results of modeling the distribution of various chemical elements on the solar system’s celestial objects have shown that radioactive materials are most likely present both on Europa and on Enceladus.

According to the scientists, their number should be enough to support the life of organisms like D.audaxviator on far away planets.