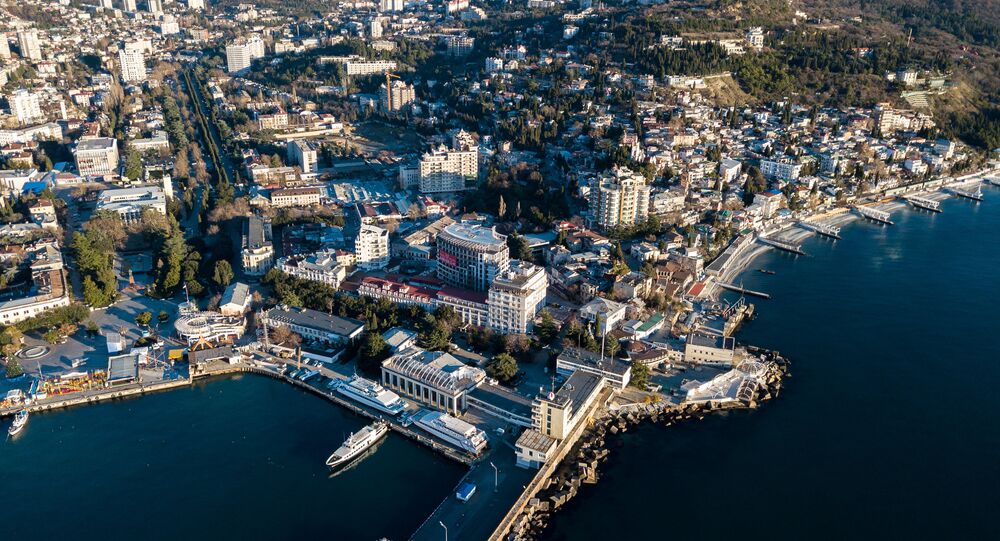 CryptoCrimea: Russian Peninsula Aims for CryptoEconomy to Nullify US Sanctions

The Crimea might be yet another region to struggle against US-imposed sanctions by announcing a shift to a blockchain or other digital technologies with one aim in mind – to cut ties with the greenback.

The Crimean Vice Prime Minister has suggested crushing the peninsula’s financial blockade, which resulted from western-imposed sanctions following Crimea’s reunification with Russia, with the help of China-designed technologies.

According to him, the Crimean authorities are set to deepen ties with China to introduce digital money and blockchain – that is the distributed ledger technology – into the region’s economy.

He gave no further details, but noted that thanks to these advances the peninsula would be less dependent on the "financial flows" from the mainland.

It was earlier reported that the roadmap to digitalize the republic of Crimea as well as to fundraise for local projects through Initial Coin Offerings (ICOs) would be ready by February 20.

The project "CryptoCrimea," which is due to be unveiled in April during the Yalta International Economic Forum, will oversee the blockchain technologies being introduced in the region.

Somewhat earlier, another two countries under US sanctions announced their intention to shift to blockchain-based finances: most recently, Iran –although the economic sanctions were formally lifted in 2016, there still exist some restrictions in the banking sphere.

The Islamic Republic’s Minister of Information and Communications Technology Mohammad Azari Jahromi stated that he had already devised a plan to develop a platform to introduce virtual money to the country.

He also underscored the importance of inventing their own mechanisms to rebuff challenges posed by other countries. So far, the Iranians are reportedly working on the pilot implementation of the country’s first digital currency.

Iran appeared to have followed in the footsteps of another state plagued by US sanctions – Venezuela. Amid frustrating reports on the country’s economy being mired in a hefty economic crisis, on February 21, Venezuela officially launched the el petro – the national oil-backed cryptocurrency, reportedly set to be used on the border with Colombia, by the Venezuelan Airways Association to purchase fuel for aircraft, by the state petrochemical enterprise, in Venezuelan embassies and consulates and so on.

Petro coin price: What is el Petro cryptocurrency and can YOU buy some? pic.twitter.com/mtjFEmwBLw

The President assumed it would allow the country to bring an end to US sanctions preventing Venezuela from issuing new debt, plus to its already existing $150 billion external debt. Sanctions imposed by Washington on the Latin American state envision limits to acquiring newly issued Venezuelan debt by American investors as well as make it impossible for Venezuelans to refinance existing loans.