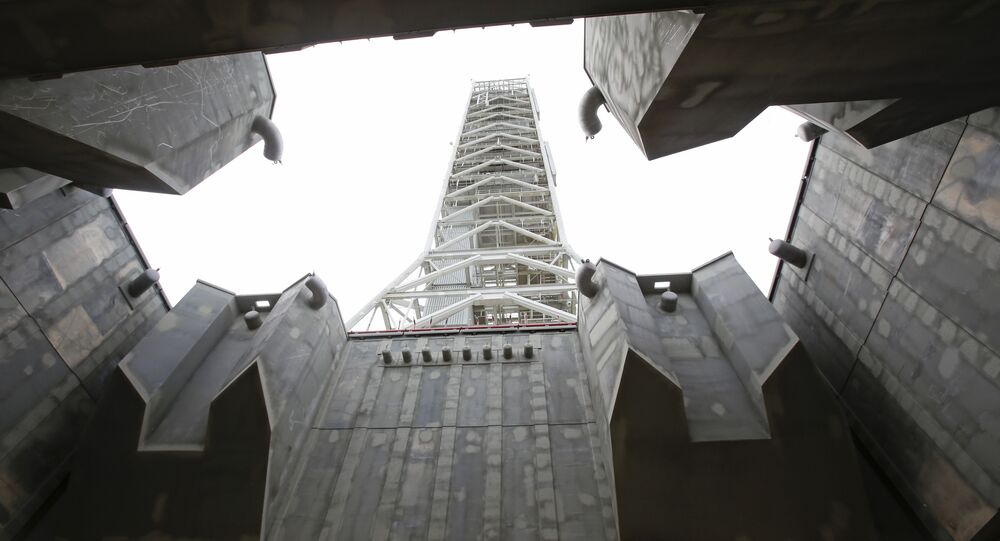 Fortunately, the tower's experience of "some deflection" does not require corrective action, NASA officials told NASASpaceFlight.com.

The mobile launcher was built for the Ares program, which was to support exploration outside the Earth's orbit. The Ares V rocket was once intended to supply cargo to Mars to prepare for an eventual human presence on the planet, while the Ares I was supposed to launch a crew of four to six astronauts to Mars aboard the Orion spacecraft. The Ares program was scrapped in 2010 in favor of the Space Launch System (SLS) as the core program for outer space exploration. The now-leaning launcher was repurposed for the Space Launch System.

The lean is likely a product of "a combination of welding the different levels and modifying them one at a time from the mobile launcher's original design for the Ares rocket, changes introduced in the structure during these modifications and the additional mass," the NASA spokesperson said.

"All our predictions and actual measured deflections have been in agreement, which indicates we have a solid understanding of how much the mobile launch tower naturally moves and confirms no ‘corrective actions' are required," the spokesperson noted.

The $1 billion tower may only be used for a single launch when the SLS goes up in 2020, Ars Technica reports.