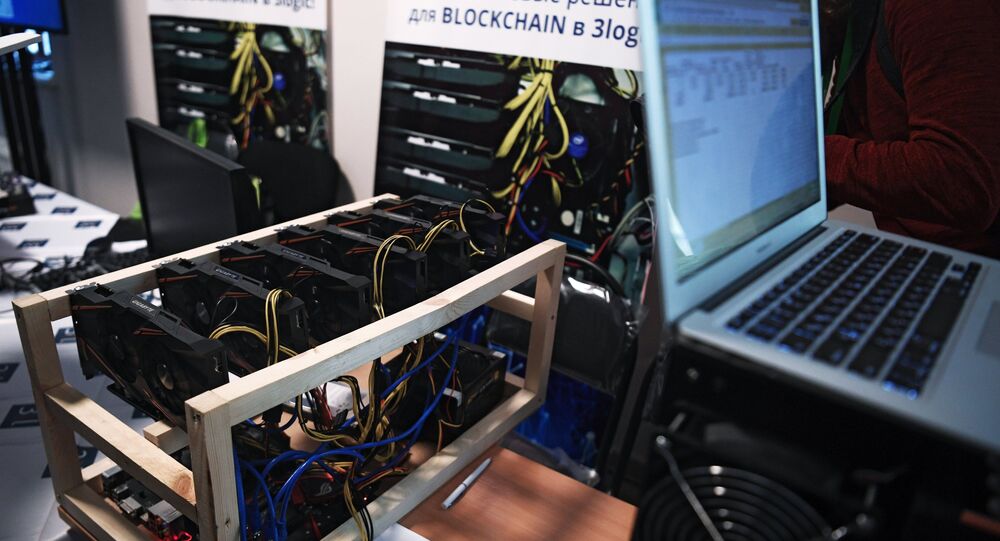 Cryptocurrency mining, the world’s latest craze, has had quite an unexpected side effect: it has hindered the the scientific pursuit of extraterrestrial life.

"We'd like to use the latest GPUs [graphics processing units]… and we can't get 'em," says Dan Werthimer, the co-founder of SETI@home, a subsidiary of Search for Extraterrestrial Intelligence (SETI) project at University of California, Berkeley.

© Sputnik / Evgeny Biyatov
European Criminals Laundering Billions With Bitcoin - Europol Head
According to a BBC report, alien hunters rely heavily on computing power — and they need a lot of it. GPUs, or video cards, originally created for gaming graphics, are also quite suitable for processing vast amounts of data simultaneously, which makes them very useful for both cryptocurrency mining and space radio signal processing.

Bitcoin mining — the process by which users lend their computational power to the cryptocurrency system in exchange for a small payment in electronic coins — has created an especially high demand for GPUs, a demand retailers are not always able to catch up with.

"This is a new problem, it's only happened on orders we've been trying to make in the last couple of months," Wertheimer told BBC.

He explained that scientists looking for extraterrestrial intelligent life rely primarily on analyzing radio signals from space. The problem is that they have to listen to all frequencies at once, since no one knows at what frequency an alien might broadcast.  Therefore, the computer must not only listen to all frequencies all time, but also run the sounds through a series of de-modulators, trying to discern an intelligent signal from random natural noise.

"At SETI we want to look at as many frequency channels as we possibly can because we don't know what frequency ET will be broadcasting on and we want to look for lots of different signal types — is it AM or FM, what communication are they using?" Werthimer explains.

The BBC notes that a UC Berkeley team of researchers was hoping to expand their GPU capability at their telescope lab: they went to spend a National Science Foundation grant but realized their money wouldn't go as far as planned because the cost of their target GPU hardware had risen so drastically.

"We'll be able to weather it but it is coming out of our contingency budget," says Aaron Parsons at the University of California at Berkeley.

Wertheimer was less lucky than his colleague: despite the money, he could not find GPUs in retail at all.

"We've got the money, we've contacted the vendors, and they say, 'We just don't have them'," Werthimer told the BBC.

In a conference call last week, Nvidia's chief executive told investors the company was "working really hard" to "catch up with supply" and get GPUs to the marketplace.

Between hardcore bitcoin miners and hardcore telescope scientists, casual gamers might find themselves in a rather difficult situation.