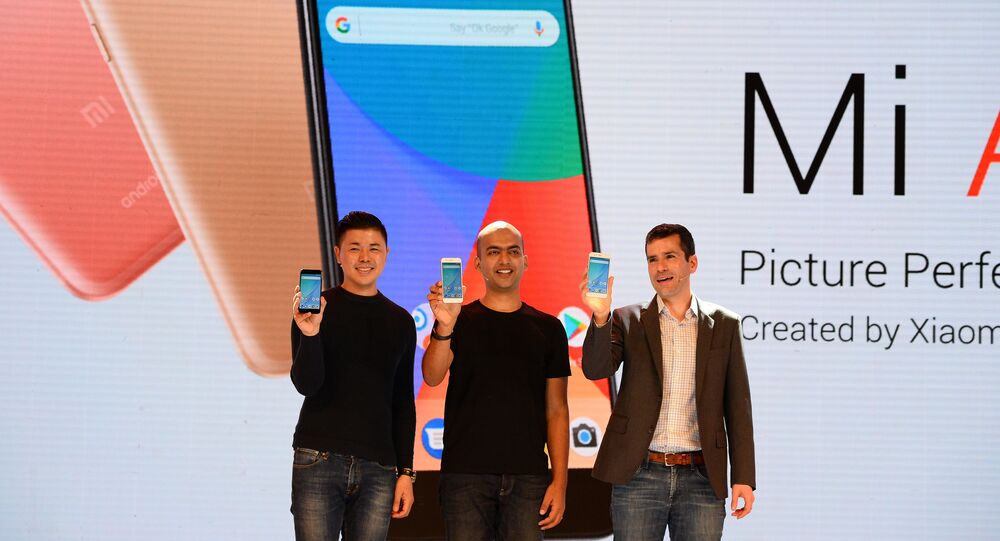 India is the fastest growing market for smartphones with a 14 percent annual growth in 2017. The collective share of China-based vendors reached 53 percent in 2017, compared to 34 percent a year ago.

New Delhi (Sputnik) — Chinese mobile phone manufacturers have dethroned Samsung from the ‘top seller' position in the Indian market, according to the International Data Corporation.

In the smartphone category, Xiaomi captured 26.8% of the Indian market in last quarter of 2017, while Samsung slipped to the second spot with 24.2% market share. Other Chinese phone makers Lenovo, Oppo, and Vivo grabbed a market share of 5.6%, 4.9%, and 6.5% respectively. According to the data, Xiaomi tripled its shipments year-over-year and sold more than 2 million units from its offline channel.

"The untapped demand in the lower-tier cities remains the key attraction for China-based brands to explore the growth trajectory in India. Their strength in their home market of China and weakening the position of local players has helped some of these China-based players to solidify their operations in India," Jaipal Singh, Senior Market Analyst, IDC India said in a press statement.

© AP Photo
China Takes Indirect Route to Acquire Stakes in India’s Biggest Oil Refineries
Earlier this month, the Indian government had announced a hike in customs duty to make imported smartphones manufactured by Xiaomi, Samsung, and Apple more expensive. The duty hike was aimed at lending an additional push to domestic manufacturing under the Make-in-India program.

"Make in India has not been as successful as we had thought and therefore the Budget has taken the route of greater import tariffs to give manufacturing a targeted approach like we did in the case of Maruti (Suzuki)," Rajiv Kumar, vice chairman of NITI Aayog, government's leading policy decision making body said earlier this week at an event in New Delhi.

The Indian government claims that their initiatives have led foreign brands to set up 108 mobile manufacturing units in the country but experts say the units are merely assembling imported parts and that such actions do not curb foreign exchange outflow on electronics items.

The Indian smartphone market witnessed a 14 percent annual growth with a total shipment of 124 million units in 2017, making it the fastest growing market amongst the top 20 smartphone markets globally. This contrasts with China, the world's largest smartphone market that saw its first decline this year, while the USA was relatively flat.