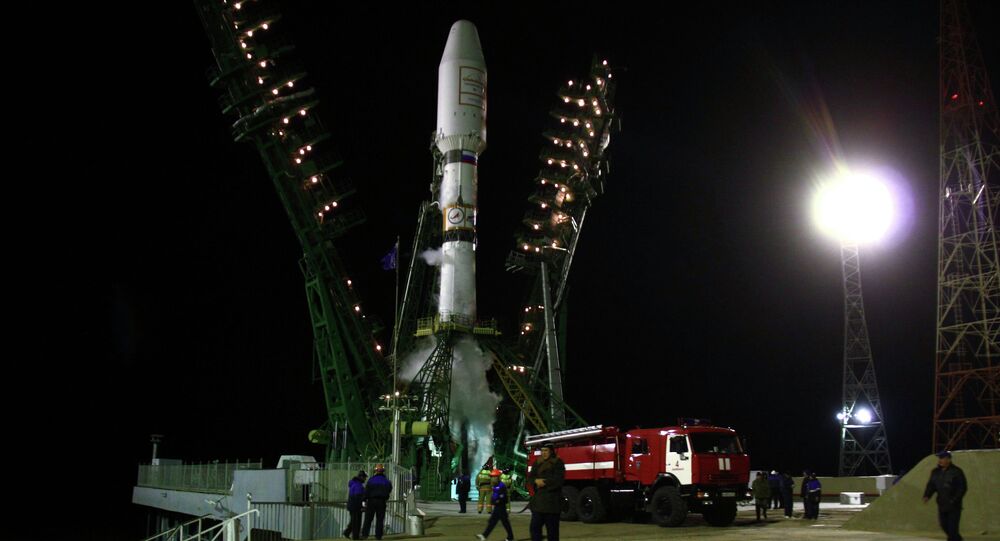 Russia's 'Fastest Ever' Progress Spacecraft Prepped for Launch at Baikonur

The MS-08 cargo spacecraft, expected to reach the International Space Station less than three and a half hours after launch, will be launched Sunday aboard a Soyuz 2.1a rocket.

According to a press release by the Roskosmos State Corporation, the launch will take place at 11:58:45 Moscow time.

According to preliminary calculations, the MS-08 will reach the ISS just three hours and 27 minutes after launch.

The spacecraft's flight will test a new, ultrashort two-rotation scheme which is later expected to be applied to the manned Soyuz-class spacecraft which supply the ISS with cosmonauts and astronauts.

© Photo : YouTube/Roscosmos
Putin Gives Nod to Creation of Russian Super Heavy-Lift Launch Vehicle
The two-rotation scheme was first expected to be tested last October on an MS-07 spacecraft, but ballistic conditions at the time did not allow testing to be carried out, and the vessel reached the station according to its standard, two-day scheme.

Today, the fastest speed at which crew and cargo can reach the ISS is via a four-rotation scheme, which takes roughly six hours. Effectively, Sunday's MS-08 launch will cut flight time by almost half.

The Progress MS-08 will deliver some 1,390 kg of dry cargo, 890 kg of fuel, 420 kg of water for the ISS's Rodnik water supply system, and 46 kg of cylinder-based compressed air and oxygen.

© Photo : Roscosmos
Russian Cosmonauts Set New Record for Longest Spacewalk (VIDEO)
Scientific equipment, including the Ikarus, a kit for monitoring the migration of wild animals, will also be sent up, and installed outside the station by Russian cosmonauts during their next excursion into open space. Life support system components, containers with food, clothing, medicines and personal hygiene products will also be delivered.

The Soyuz 2.1a's launch with the MS-08 spacecraft aboard will be broadcast live on Roskosmos' website.