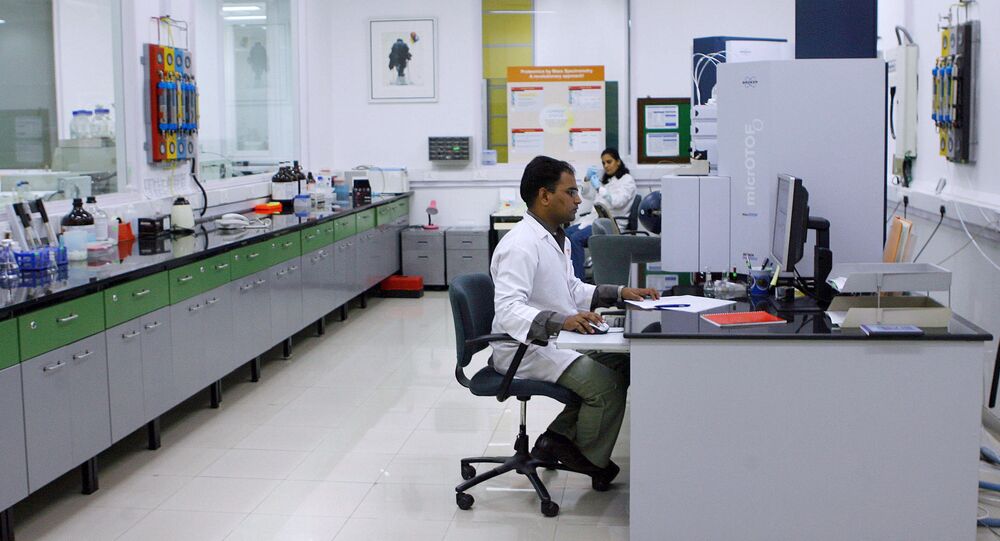 The rich chemistry of boron is expected to make these nanosheets useful, not only for storing energy but also for generating ecologically safe energy. We are now working towards utilizing these nanosheets for developing the next generation batteries and nanocatalysts.

New Delhi (Sputnik), Dr. Kabir Jasuja — The nanosheets synthesized by us represent a 2D material that has never existed before. The term 2D is used to describe a planar material, which has length and breadth of a few microns, but its thickness is only ~ 1 nm (which is 100,000 times thinner than a sheet of paper).

Such 2D materials have been a hot topic of research since the discovery of graphene, a single layer of carbon atoms (arranged in the shape of a honeycomb) which was first isolated from graphite in 2004, and which led to the Nobel Prize in Physics in 2010.  At such a minute thickness, matter starts behaving in unusual ways and results in properties which are at the extremes of all known materials. For example, although graphene is only 1 atom thick, it is ~200 times stronger than steel.

Researchers across the world are working towards synthesizing newer 2D materials, which are like graphene but made from different elements. The nanosheets which we have developed are made of boron atoms arranged in the shape of a honeycomb. We prepared these boron-rich nanosheets using an extremely simple method, which merely involves dissolving a boride compound in water and letting it recrystallize for just the right duration of time. The simplicity of this method is its most significant merit; the other methods for preparing similar nanomaterial require a deposition from the vapor phase onto a substrate, which is quite expensive and limits the applications.

© Photo : Pixabay
‘Very Cool Science': Officials Detect 2,000 Planets Outside Milky Way For First Time
Our method yields an aqueous colloid of these nanosheets, which means that a drop of water from this colloid would contain thousands of ultrathin nanosheets swimming like micro-carpets. We prepared these nanosheets from the material MgB2. The scientific community primarily knows this material because of its superconductivity, and it has largely not been viewed with the perspective of yielding boron nanosheets. We changed that perspective through our study. We have been developing this area for the last 5 years.

The merit in the possibility of preparing a nanosheet from boron is that it would change several notions on boron's potential, in ways similar to how graphene challenged the existing material norms. The rich chemistry of boron is expected to make these nanosheets useful for not only storing energy but also for generating energy in a green way We are now working towards utilizing these nanosheets for developing the next generation batteries and nanocatalysts.

We observed that there are some boride compounds, commonly used as ceramics, which were dissolving in water just like sugar; but when the solution was left by itself for a few hours, we observed, quite surprisingly, that the crystals were growing back. What makes the discovery interesting is that during this re-crystallization, the small clusters were not growing in a three-dimensional way. Rather, these were growing in the form of extremely thin sheets.

Courtesy of Dr Kabir Jasuja
(a) Nanosheets dispersed in water (appear like crumpled sheets of paper); (b) The boron atoms in these nanosheets are arranged in the form of a honeycomb; (c) Image of nanosheets recovered from water (appears like a flower) as the nonosheets tend to come together.

The recipe developed by the research team at IIT Gandhinagar is not only simple in its design and inexpensive; it results in an aqueous colloid of these nanosheets; which means that a drop of water from this colloid would contain thousands of nanosheets swimming like micro-carpets.