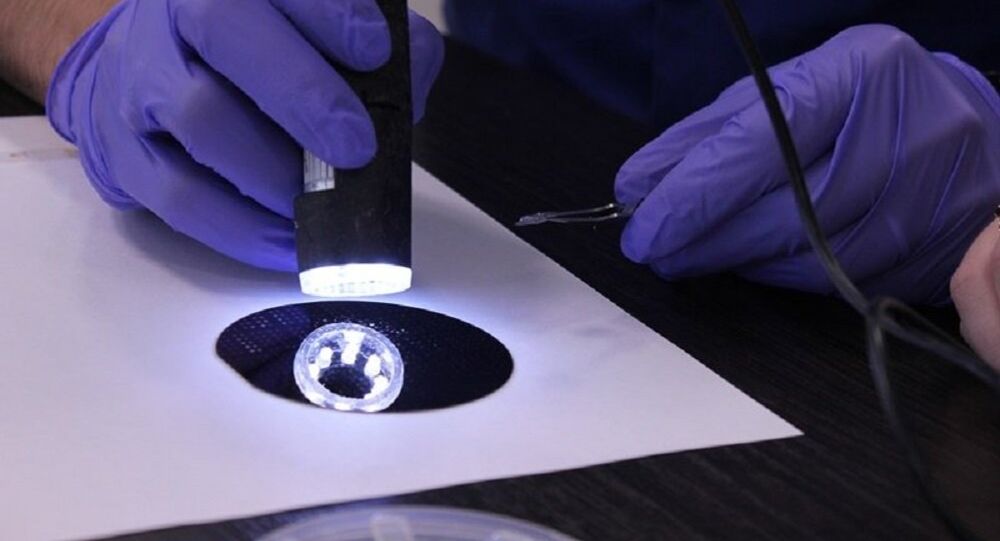 Tomsk Polytechnic University scientists have made headway in studying the interactions between 2D materials at the nano-particle level, which will make it possible to develop advanced electronic components, including flexible displays for devices, solar batteries and other innovative technologies, the University’s press service told Sputnik.

Brought to you by the National Research Tomsk Polytechnic University

Tomsk Polytechnic University scientists and their German colleagues are the first to show how 2D advanced electronic materials-components interact at the nano-particle level. Their survey results are published in Nano-Letters.

This new technology will make it possible to calculate strains during interaction between materials and even to identify nano-level defects.

This data can be used to upgrade tiny modern electronic components that are used in developing flexible displays for electronic devices, flexible optical and computer circuits, solar batteries and other innovative technologies, said Professor Raul Rodriguez from the University’s Faculty of Laser and Lighting Equipment.

"We need various classes of 2D materials, including semiconductors, to create a full line of essential electronic devices. We worked with molybdenum disulfide, one the most popular 2D semiconductors. We studied the nano-level strains in this material, as well as expansion or contraction processes in various structures," he told Sputnik.

© Photo : Immanuel Kant Baltic Federal University
Russian Scientists Create Mind-Reading 'Neuro-Balalaika'
“This is more than we had initially expected. To be honest, we weren’t trying to obtain the highest possible strain. It may be interesting, but it is possible to obtain such impressive deformations by placing thin molybdenum disulfide layers on a metal surface. While creating nano-devices, it is very important to understand what happens when the semiconductor (molybdenum disulfide) and the conductor (gold) contact each other,” Professor Rodriguez said.

“We shouldn’t discount the interaction between a thin film and substrates in nano-devices,” he noted.

“When these materials are studied, all of their electronic, zonal and optical properties are analyzed on a flat substrate. But the presence of metals that can act as electrodes inevitably changes the material’s properties,” the scientist added.

© CC0
Mind Over Matter: Russian Scientists Develop Prototype of Electric Neuro-Mobile (PHOTO)
The experiment involved the unique Tip-Enhanced Raman Spectroscopy (TERS) technology combining methods of optical spectroscopy and atomic-force microscopy. A gold nano-antenna inside an atomic-force microscope is the main TERS element. The foundation has a diameter of several microns, and the tip’s size is several nano-meters.

Today, Germany manufactures these nano-antennas, but scientists have already announced plans to re-locate the production to Tomsk Polytechnic University soon.