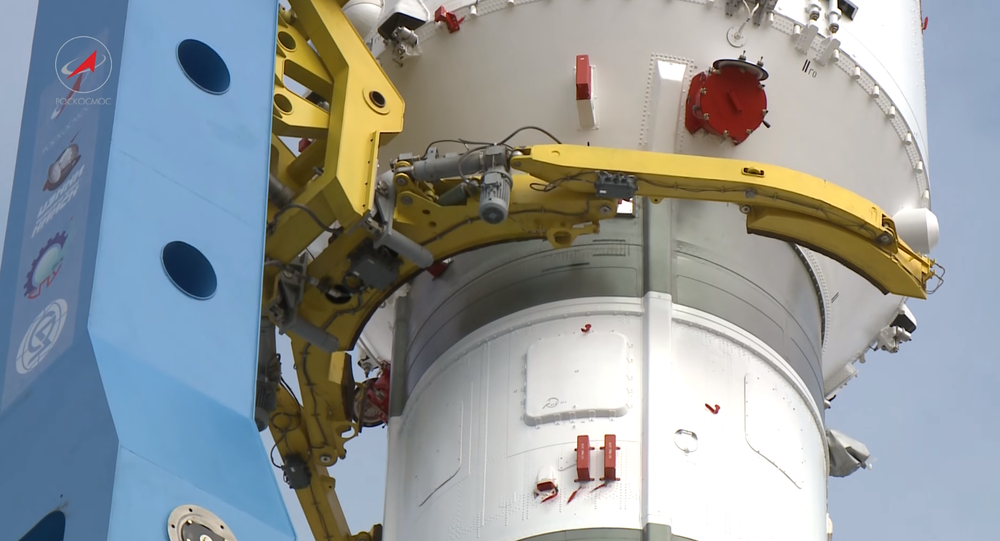 VOSTOCHNY COSMODROME (Sputnik) - Russian President Vladimir Putin has signed a decree on the creation of a new Russian super heavy-lift launch vehicle (SHLLV), which is supposed to be used for missions to the Moon and Mars, Roscosmos Director General Igor Komarov told journalists on Thursday.

"As for the super heavy-lift launch vehicle, there is one good piece of news — this week, the Russian president has signed a decree that launching facilities for a super heavy class space rocket will be created at the Vostochny Cosmodrome. Three stages are defined. In the first stage, in 2018-2019, an outline design should be made," he said.

Komarov added that from the end of 2019 Roscosmos will have to form a subprogram, which will be included in the Federal Space Program 2016-2025.

Press service of Defense Ministry of Russian Federation
Equipment for Angara Heavy-Class Rocket Arrived to Russia's Vostochny Cosmodrome
"Before 2028, here (in the Vostochny Cosmodrome), facilities and ground infrastructure will be created, and simultaneously a super heavy class launch vehicle will be developed," Roscosmos chief added.

In August, Russian Deputy Prime Minister Dmitry Rogozin said that first flight tests of Russia's super heavy-lift launch vehicle should be scheduled for 2027 as opposed to the earlier reported date — 2030. Among other purposes, Russia intends to use a new SHLLV to put the projected Deep Space Gateway cislunar space station into orbit.

Russia's Vostochny Cosmodrome Facilities to Go Online by End of 2016