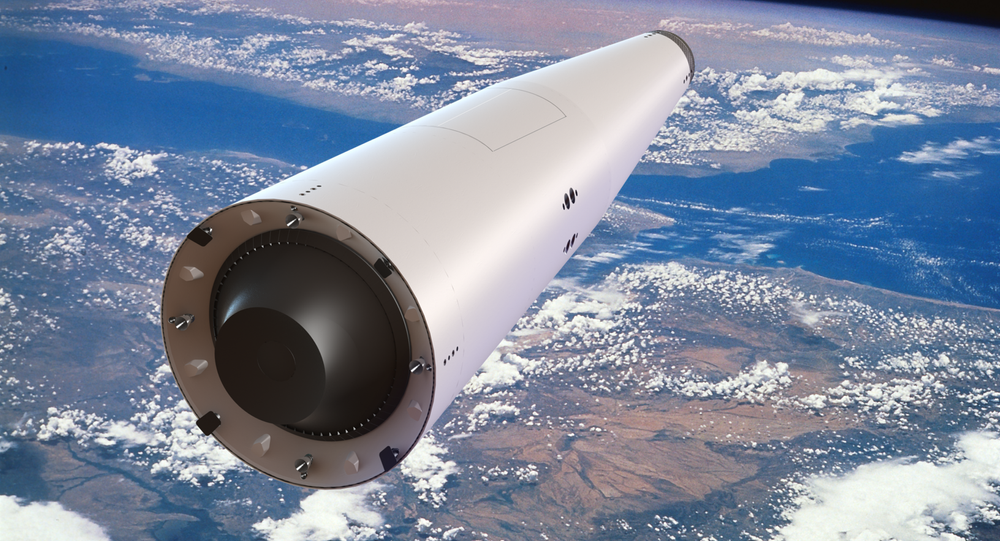 Move Over Musk: Russia Working On Own, 100-Use, Environmentally Friendly Rocket

According to designers, unlike Space X's Falcon 9, the KORONA is not just a rocket, but a spacecraft, capable of takeoff and landing, with its development effectively opening the path to interplanetary flights with crew onboard.

Work on the KORONA, a launch vehicle designed for vertical takeoff and landing, started in the 1990s, but was frozen in 2012 due to lack of funding. However, earlier this month, it was confirmed that the Makeyev Rocket Design Bureau was resuming development.

© Photo : blue origin
Firing on All Cylinders: Blue Origin Tests Rocket Engine as US Seeks to Replace Russian RD-180 (VIDEO)
Speaking to Russian media on Tuesday, the design bureau's deputy general designer clarified that the KORONA project calls for the creation of a single-stage, completely reusable carrier rocket which has no detachable intermediate stages.

As a true vertical takeoff and landing vehicle, the KORONA will be equipped with shock absorbers, according to Molchanov. Its most energy intensive components are being designed to be used up to 25 times, with the system as a whole intended to have a useful life of 100 flights.

The vehicle is expected to be made of carbon fiber, reinforced by ceramic tiles for thermal protection upon reentry. The KORONA's external engine is set to include a modular combustion chamber burning an environmentally friendly fuel, with kerosene and liquefied oxygen presently being considered.

© CC0 / Pixabay
Italy's First Female Astronaut: 'No Room for Conflicts in Space'
Late last week, engineers from the Makeyev Design Bureau's Rocket Center in Miass, Chelyabinsk region confirmed that the spacecraft will be able to carry up to seven tons of cargo into space, or 12 tons into low Earth orbit. Engineers expect the KORONA to prove highly useful for piloted cosmonautics, including for the shuttling of cosmonauts and astronauts to orbital space stations.

According to unconfirmed reports, the vehicle has a total launch weight of 300 tons, and dimensions including a height of 30 m, and a diameter of 10 m.

The Falcon 9 is presently considered one of the world's most flight-proven partially reusable rocket systems, but has not been without its problems. In late October, a Falcon 9 rocket caught fire upon landing shortly after delivering its cargo into space.

The KORONA project has seen a variety of iterations since its inception in 1992, with earlier iterations planning to make use of the Buran, the Soviet answer to the US space shuttle, before that project was dropped. Since the mid-1990s, new designs have been developed and gradually tweaked.