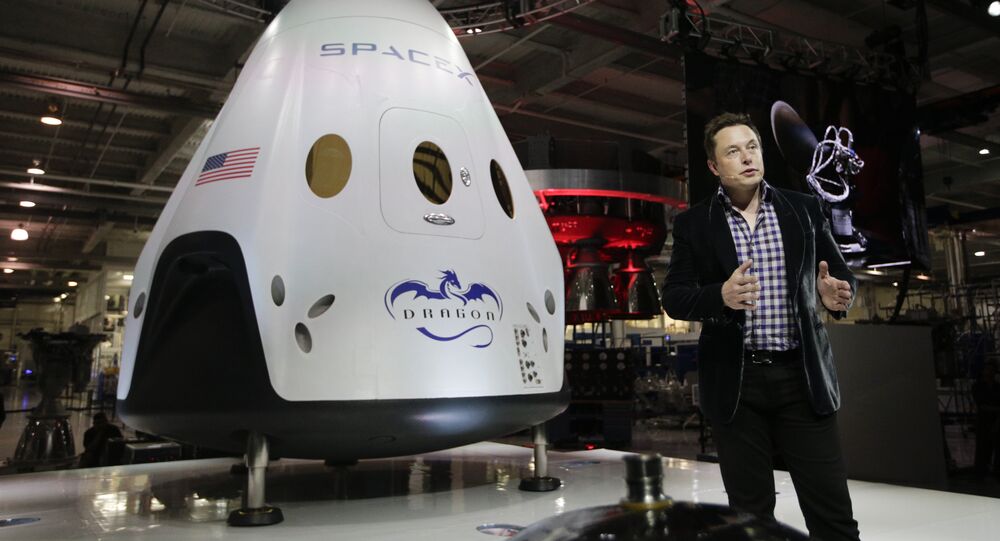 MOSCOW (Sputnik) - US private space exploration company SpaceX has postponed test launches of the Dragon spacecraft for several months, according to NASA's updated schedule of launches and landings.

Initially, an unmanned test launch of Dragon was scheduled for April 2018, while the crewed mission was slated for August.

However, according to the schedule updated on Thursday, the launches are expected to take place in August and December, respectively.

The US SpaceNews media outlet said citing SpaceX spokesperson Eva Behrend that the company's plans on conducting demonstration missions both with and without a crew aboard the Dragon spacecraft were still scheduled for 2018 within the framework of NASA's Commercial Crew Program.

Currently, NASA uses Russia's Soyuz spacecraft for ISS space missions. However, the organization plans to start using commercial vehicles for this purpose by the end of the year. In October 2017, NASA obtained three additional Soyuz seats on missions for the first half of 2019 from Boeing, thus it doesn't have to depend on commercial crew vehicles for ISS crew transport until the second half of next year.

"We're still thinking about ways to buy additional margin if we have to. There's a whole spectrum of options that we are considering," Kirk Shireman, ISS program manager, said at a press conference at the Kennedy Space Center on December 11.

"We are going to look for options until the first rotation flight, because that's our job, to be prepared for contingencies," he added, "but I think we are absolutely progressing and look forward to demo flights in 2018."

The NASA commercial crew program will be the subject of the House Science Committee's space subcommittee's hearing set for January 17. Officials from SpaceX, as well as NASA and the GAO are expected to testify there.