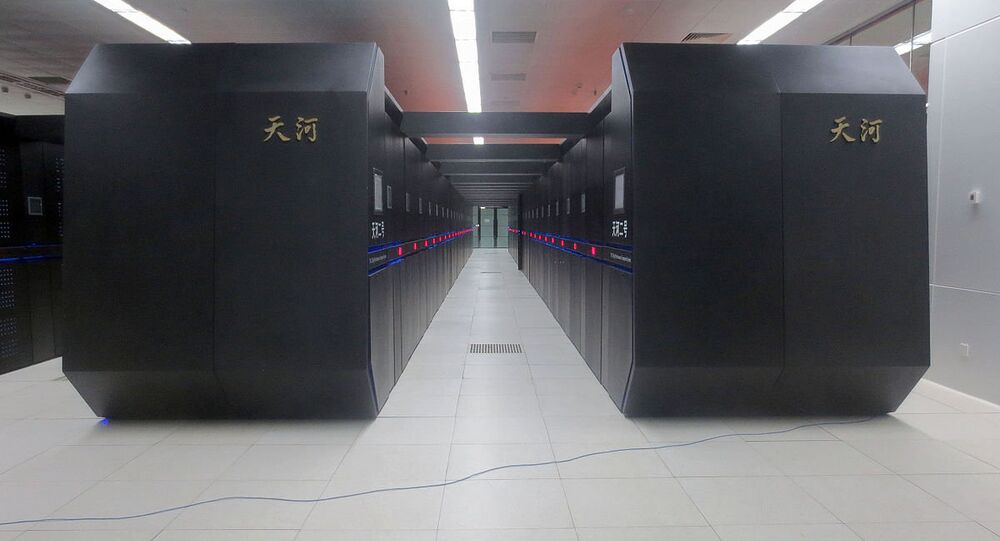 Today, Europe does not have any supercomputers in the world’s top ten, but the EU aims to change that by raising a lot of money to build some.

The European Commission, the EU’s executive branch, said it would contribute around 486 million euros ($580 million) to the project.

"It is a tough race and today the EU is lagging behind: we do not have any supercomputers in the world's top ten," said Andrus Ansip, the European Commission vice president for the digital single market.

© Sputnik / Alexandr Kryazhev
Siemens and SPbPU Launch Supercomputer for Artificial Intelligence Systems
Supercomputers are important tools for advanced scientific work because of their capability to carry out rapid calculations for everything from weather forecasts to missile development.

According to Ansip, the EU has planned to give European researchers and companies supercomputers by 2020.

These computers will aid the development of artificial intelligence and function to improve health, security and engineering.

According to Brussels, the machines will also help to predict the routes of hurricanes and to simulate earthquakes.

China now has more high-performance supercomputers than the United States in global rankings.

About 202 of the world's fastest supercomputers are located in China, whereas there are only 143 that are situated in the US, the website Top500 reports.

The Sunway TaihuLight and Tianhe-2 (Milkyway-2), which are the fastest super computers according to the website’s ranking, are also situated in China.