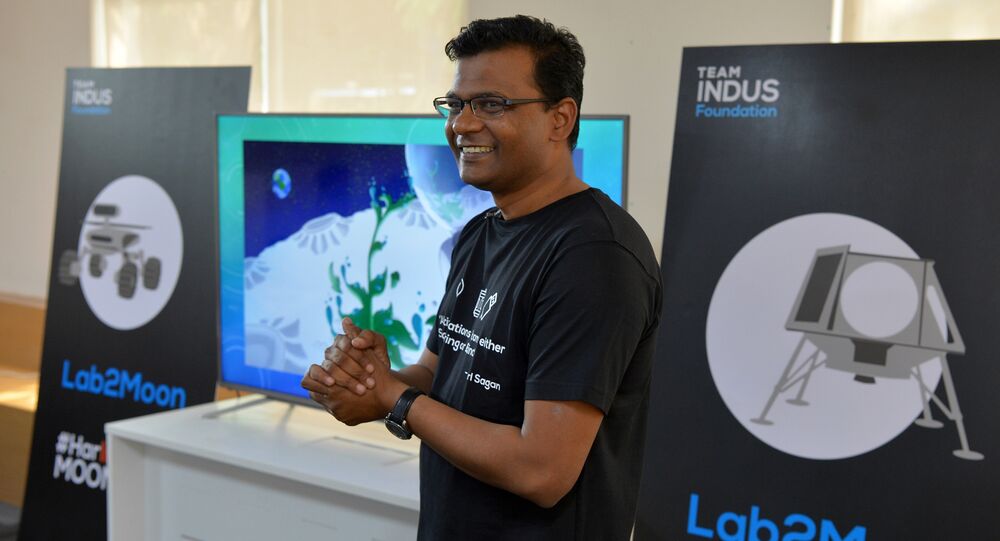 India’s private moon mission could drop out of the Google X Prize competition as it lacks adequate funds to acquire a satellite launch vehicle. Experts blame the fiasco on industry bigwigs for not financing the project that, according to them, could have heralded a new era in innovation.

New Delhi (Sputnik) — TeamIndus — India's first private aerospace startup that is contending for the Google XPrize, has failed to garner adequate financing for its moon mission. Its inability to pay $35 million to Antrix- the commercial wing of Indian Space Research Organization (ISRO) for leasing a platform for the satellite launch has rendered the project almost dead. Sources say the startup is hoping to strike a deal with a foreign satellite launch service provider after ISRO called off the contract, but chances are slim.

TeamIndus was one of the sixteen finalists for the Google Lunar X Prize mission announced in 2017, often referred to as "Moon 2.0," is a challenge that calls for participating teams to design and land a spacecraft on the moon. The craft is required to travel more than 500 meters (1,600 ft) on the lunar surface and send feedback to Earth. The deadline for the competition, which initially attracted entries from over 30 teams from 17 countries, is March 31, 2018. There are various prizes, including the main prize of $20 million.

Sputnik contacted TeamIndus and ISRO on the issue but they did not provide any information regarding the cancelation of the contract.

"TeamIndus, the first Indian space startup, dropped out of the moon race — most unfortunate, but they say they will still try to reach out to launchers outside the country as a last effort," Kiran Mazumdar Shaw, industrialist and one of the investors in TeamIndus, said.

Other than Kiran Mazumdar Shaw, other top-notch industrialists including Nandan Nilekani, Ratan Tata, Rakesh Jhunjhunwala, and Flipkart's co-founders Sachin Bansal and Binny Bansal had initially invested in the venture that was estimated to cost around $65 million.

Space industry experts blame the big industry players for not supporting such an important project which would have heralded a new era in India's space research and innovation.

"As it was the responsibility of the private industry to help TeamIndus in the project that they felt was so good. It could have been better if India's main industry players would have pooled their resources and joined hands with TeamIndus to ensure that the contract is not called off," Ajey Lele, space industry expert told Sputnik.

© AFP 2020 / ARUN SANKAR
India’s Space Agency Begins Countdown for Launch of Backup Navigation Satellite
Nevertheless, the first indication of a possible breakdown of the project had come from ISRO when its Chairman AS Kiran Kumar said last month that he was not very confident about the timely completion of the project.

"There are a lot of challenges for [TeamIndus] both in terms of technology and their constraint in getting the funds they require for it. It is not easy to bridge the gap of building the technical capability needed for an activity such as this. They have much work ahead," AS Kiran Kumar, ISRO Chairman had said during an industry meet in Delhi last month.