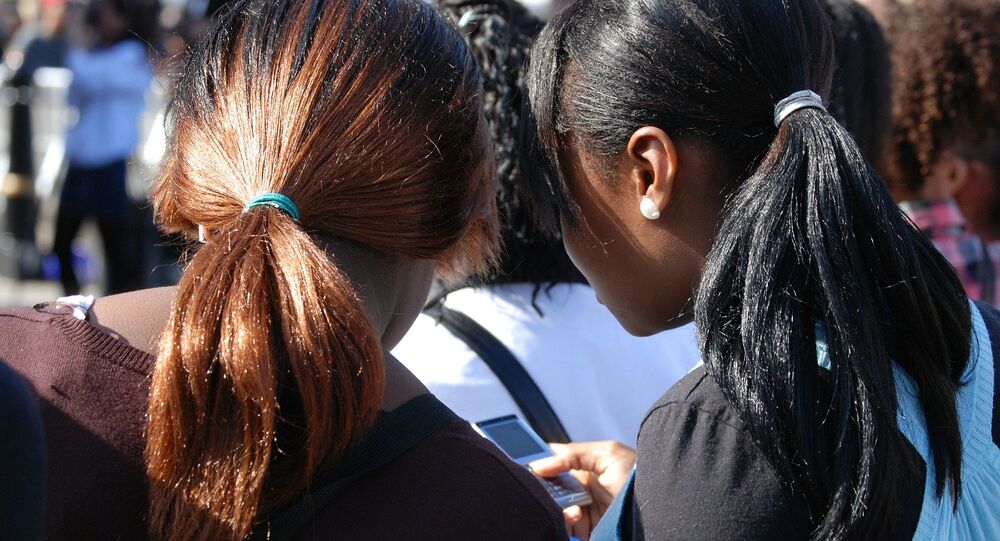 On Saturday, two Apple shareholders who collectively own $2 billion worth of Apple shares wrote an open letter to the smartphone maker urging it to respond to the “growing body of evidence” that excessive smartphone use among youth has “unintentional negative consequences.”

In the letter, Barry Rosenstein of JANA Partners LLC and Anne Sheehan of The California State Teachers' Retirement System cite studies stating that most American kids get their first smartphone at the age of 10 and spend an average of 4.5 hours a day on it. This figure excludes the time the young people spend talking and texting on their devices. In addition, 78 percent of teenagers check their phones at least every hour and half of them claim to feel "addicted" to their phones.

Other research reveals that eighth graders who frequently access social media accounts have a 27 percent higher risk of depression than those who don't. On the other hand, those who spend more than the average amount of time playing sports, doing homework or hanging out with friends are at a much lower risk of depression. In addition, the study notes that teenagers who struggle with depression are more likely to be depressed later on in their adult lives. There is even the growing concern that phones, which are replacing at least some human interaction, may even play a role in increased rates of teen suicide.

"Apple can play a defining role in signaling to the industry that paying special attention to the health and development of the next generation is both good business and the right thing to do," the shareholders wrote in the letter.

"There is a developing consensus around the world, including Silicon Valley, that the potential long-term consequences of new technologies need to be factored in at the outset, and no company can outsource that responsibility."
The letter suggests modifying the setup on an iPhone to allow parents to set certain screen time limits and determine which social media services a child can download.

"The the initial setup menu could be expanded so that, just as users choose a language and time zone, parents can enter the age of the user and be given age-appropriate setup options based on the best available research, including limiting screen time, restricting use to certain hours, reducing the available number of social media sites, setting up parental monitoring, and many other options," the letter explains.

The investors also propose the development of an expert committee comprising child development specialists to keep Apple up to date on how technology developments affect the lives of children and teenagers. In addition, producing annual progress reports to monitor this issue, as is done for the company's environmental and supply chain matters, is also suggested.

Although Apple has yet to comment on its investors' letter, the multinational tech company has recently shown a readiness to update its software to address negative consequences associated with phones. Last year, the company updated its software to include a "do not disturb while driving" feature, which detects when someone is behind the wheel and automatically silences notifications.