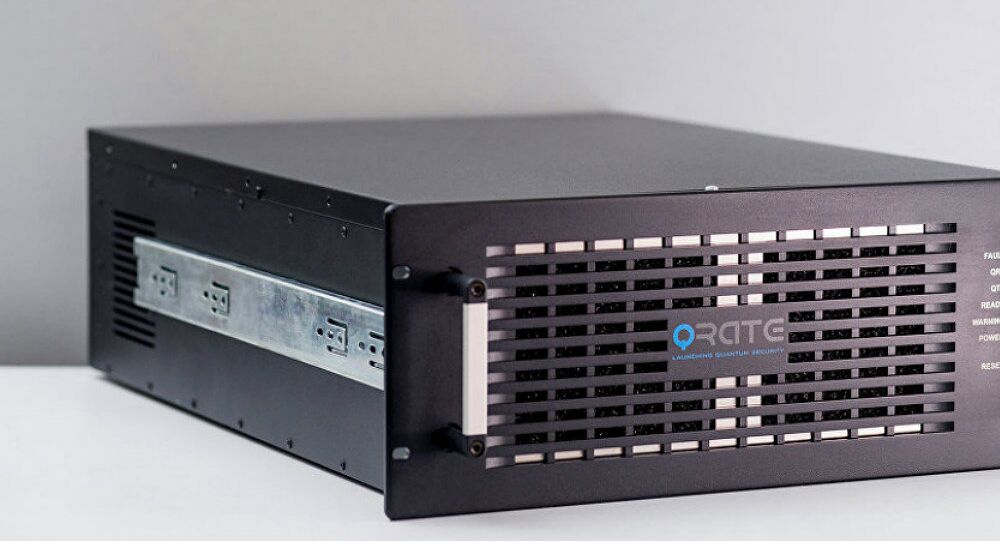 Sberbank became the first company to receive the new quantum protection system, developed by the Moscow-based Russian Quantum Center (RQC). According to RQC general-director Ruslan Yunusov, the service is now ready for widespread use by companies and organizations.

"Thanks to quantum communication technology, we have provided for a high frequency of key generation, thus dramatically increasing the level of data protection. Russian organizations will get the opportunity to use a system created in our own country to protect their information, which is important for the state," Yunusov said.

© CC0
Laser Beams: History of Device Offering Endless Opportunities
The special, 25 km-long line between Sberbank's central office and a branch near the city center is protected via the phenomenon of quantum entanglement. Among the key benefits of the technology is that it completely precludes any opportunities for undetected wiretapping. This is assured with the help of the laws of quantum mechanics, which do not allow for the state of light particles to be cloned. In the event that someone tries to 'read' the photons used for the exchange of information, they are irrevocably changed, thus voiding any attempt to read the system.

Sberbank executive board deputy chairman Stanislav Kuznetsov spoke highly of the prospects for quantum information protection, emphasizing that the Russian state bank is "convinced that our cooperation with RQC will allow us to jointly create effective and innovative tools in the field of cybersecurity."

Russian physicists and engineers began working on quantum communication networks about three years ago. The first such network was created at St. Petersburg's ITMO University in 2014, with scientists linking two university buildings via fiber optic cable. Two years later, in June 2016, the Russian Quantum Center announced that the success of an experimental quantum connection between two branches of Gazprombank. In September 2017, researchers from Moscow State University connected two points in Moscow's suburbs.

According to RQC, the Sberbank connection, which required an increased frequency of key generation, and taking account of fiber optic lines with high levels of interference, takes secure quantum communications to a new level, becoming the first fully-fledged industrial-grade connection of its kind. The technology takes secure quantum data transfer from prospective projects to ready-made solutions for business, government, and other organizations.