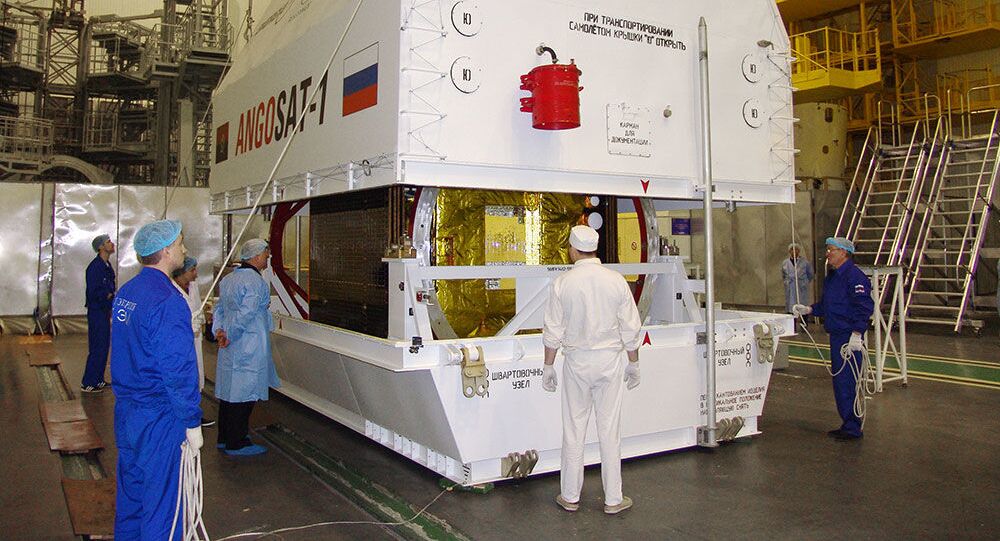 Connection With Angolan Satellite Failed to Be Restored Overnight - Source

"Overnight the connection could not be restored, the attempts continue, but a malfunction in the power supply system could turn out to be fatal," the source said.

The Zenit carrier rocket with Angosat-1 was launched from the Baikonur Cosmodrome at 19:00 GMT on Tuesday. After eight minutes of a routine flight, upper-stage rocket Frigate detached from the carrier rocket and brought the satellite into the calculated orbit at 03:55 GMT.

A space industry source told Sputnik on Wednesday that telemetry was no longer being obtained from the Angolan satellite, with the RSC later confirming that the connection had been lost with the apparatus.

Angosat-1 is a telecommunication satellite, which was placed on a geostationary orbit in order to ensure TV broadcasting in Angola. The launch of the space vehicle has been postponed several times.

Initially, it was planned that the satellite would be sent to the orbit this summer, then the launch date was set for September. It was subsequently rescheduled for October, November and then December.