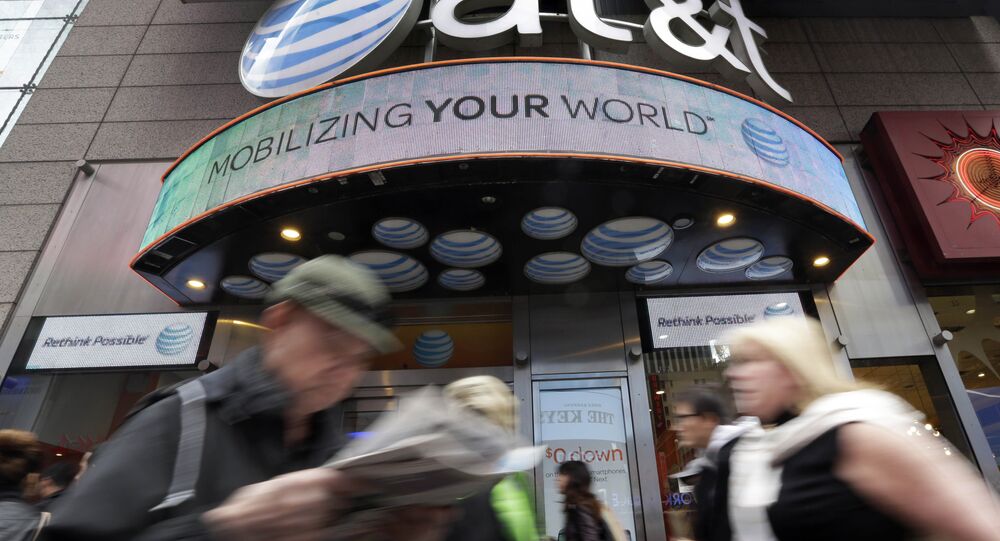 An estimated 1400 American workers have been kicked to the curb just days before Christmas, courtesy of employer AT&T and a new corporate tax break signed by US President Donald Trump.

Broadband installers formerly employed by AT&T reported that they received termination notices just days before Christmas, despite earlier promises by the telecommunications giant that current corporate policy was centered around "creating jobs," according to the New York Post.

© Sputnik /
The FCC Rolls Back Regulations on Net Neutrality

Reports indicate that the AT&T firings are primarily the result of new US legislation that significantly limits laws surrounding the neutrality of the internet, as well as newly-signed legislation by the Trump administration ushering in a lower corporate tax rate.

The layoffs are also seen to be a result of a shift in services by AT&T, away from traditional TV to focus on increasingly popular streaming video delivery tools and formats.

The unwelcome pre-holiday firings arrive in spite of AT&T's numerous assertions that it would increase its workforce in the wake of the new Trump tax plan — a fiscal system in which large US-based multinational corporations will receive significant tax breaks — according to Dslreports.com.

According to an AT&T public outreach statement, the company "adjusts our workforce based on changing market dynamics, which vary from region to region."

The legacy telecommunications corporation sought to lessen the negative blowback from the pre-holiday firings by claiming that, "In some regions we are hiring these same resources and many of the affected employees have the opportunity to transfer to those locations."

"Those who are unable to find another job with the company will receive severance benefits," added the company statement, although figures surrounding the size of claimed payouts were not made available.

Additional claims made by AT&T, that non-executive level employees will receive a $1000 bonus as a result of the Trump tax break, do not take into account that the bonus was negotiated earlier in the year between the company and its unions.

The bonus checks are considered by industry watchers to be a budgetary drop in the bucket when compared to the estimated minimum of billions of dollars in additional revenues that AT&T will realize following the repeal of net neutrality, the repeal of broadband privacy rules, and a significantly lower corporate tax rate courtesy of the Trump administration, cited by Dslreports.com.