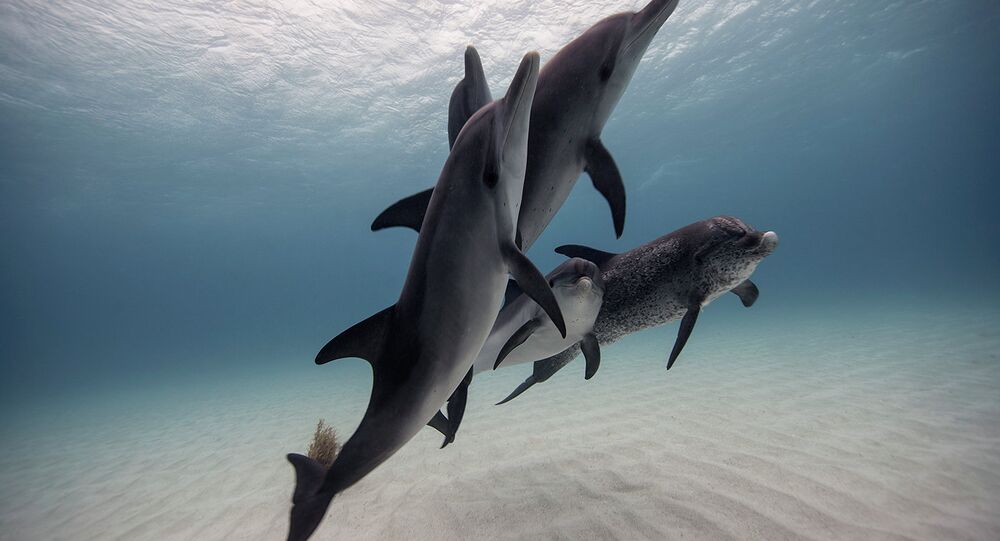 New acoustic techniques measuring fish populations could potentially be used to help endangered species of fish, and some of them are helping the effort by being especially noisy while playing love games in their watery habitat.

Researchers say that mating calls uttered by Mexican Gulf corvinas, a popular fish species, listed by the International Union for Conservation of Nature as vulnerable and threatened, resemble “a really loud machine gun” able to harm the hearing or even deafen the seals, sea lions and dolphins preying on them.

According to University of San Diego marine life researcher Timothy Rowell, when hundreds of thousands of fish get together to spawn once a year “the collective chorus sounds like a crowd cheering at a stadium or perhaps a really loud beehive.”

“These spawning events are among the loudest wildlife occurrences found on planet Earth, the loudest sound ever recorded for a fish species,” he added.

In a study published by the journal Scientific Reports earlier this year, Rowell and his University of Texas colleague Brad Erisman who used underwater microphones to eavesdrop on spawning Gulf corvina, said that listening to the love calls of the fish could help scientists keep track of their numbers for conservation purposes.

READ MORE: Saving the Fish in the Sea by Removing Insurance for 'Pirate Ships'

They also found that the louder the sound, the greater the density of the fish.