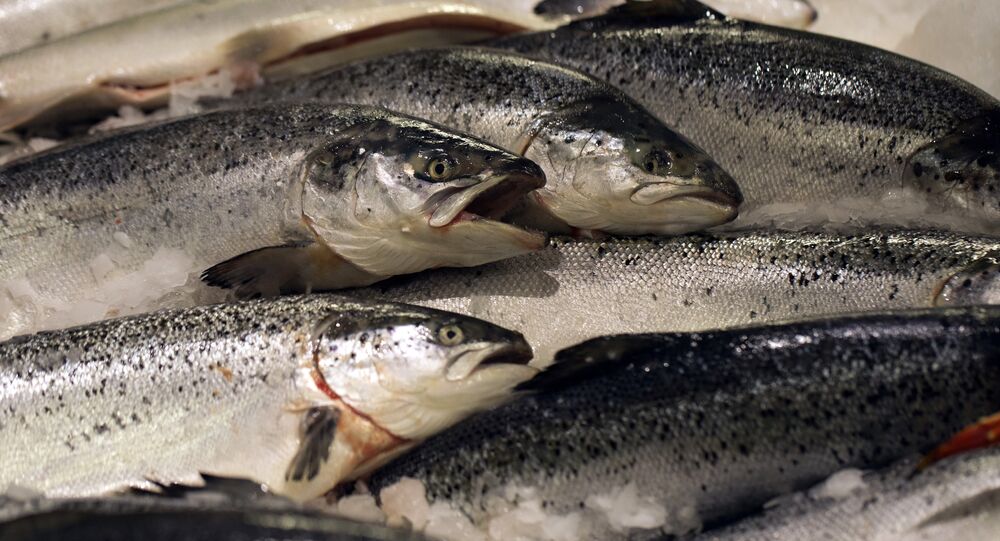 With high-speed traffic poised to become the next big thing in transportation, Norway is planning to jump on the futuristic bandwagon. A Norwegian research and development company aims to construct a freight hyperloop, specifically designed to transport the Nordic nation's prized commodity: salmon.

SINTEF, Scandinavia's largest independent research organization, is planning to build a test hyperloop facility in Trøndelag county to see whether salmon can be delivered by the high-speed transport capsule.

The idea behind the hyperloop is that both passengers and goods can be transported swiftly in tubes using a vacuum. Hermetically sealed, there is no resistance for the capsules used in high-speed transportation that is both breathtakingly fast and eco-friendly.

"We want to build a research laboratory, a test facility to the tune of an estimated NOK 200 million [$24 million]," SINTEF business developer Thor Myklebust said. "At a speed of up to 1,200 kilometers per hour, fresh Norwegian salmon can in theory be sent from Trøndelag directly to Paris, 1,400 kilometers away, in just over an hour," he expanded.

SINTEF is a firm believer in Norway's invaluable expertise owing to its experience in subsea oil pipelines, know-how that may be utilized to develop the hyperloop, particularly in reference to Norway's most important export project.

"If there is any country in the world that is good at pipes, it's just Norway. We have been in the pipeline business for 60 years. Norwegian trade environments and competence are thus very relevant for the establishment and operation of the hyperloop," SINTEF researcher Terje Kristensen told the Dagbladet daily.

© Photo : pixabay
Salmon Says: Norway Sweeps Criticism of China Under Rug to Boost Trade
Today, there are several companies elaborating hyperloop technologies, with Virgin Hyperloop One arguably in the lead, having a test track in the state of Nevada. After visiting this facility, SINTEF staff became even more inspired in their quest.

"In Nevada, we realized that it's the global elite of researchers and engineers involved in this work. Virgin Hyperloop One has up to 13,000 job seekers. Among them, there are the best from NASA, Space-X, Tesla and Google. The high level of competence among the employees, as well as the interest of investors, makes us believe that the hyperloop is much more than just a pipe dream," Kristensen said, suggesting that 2018 will be an exciting year for the project.

With a Whoosh, the #Hyperloop Sets a New Speed Record https://t.co/dXBJRP9DYm pic.twitter.com/bySPVpZaQu

The Institute of Marine Research is responsible for controlling Norway’s marine resources. It helps us to gauge how healthy our stocks are & works in conjunction w/ several other countries as the International Council for the Exploration of the Sea (ICES). https://t.co/tXa1RM2CaE pic.twitter.com/8di1Z1vQjs