A British telecoms entrepreneur who has produced a miniature cellphone has offered to help Britain jam phone signals in its prisons. It comes after the Justice Secretary, David Lidington, called for online retailers to ban the sale of "mini phones" which could be smuggled into jails.

Justice Secretary David Lidington said he was concerned products like the Zanco Tiny T1, which weighs just 13 grams and can be hidden in the palm of the hand, could be smuggled into prisons in body orifices and used by criminals to communicate with accomplices on the outside.

"It's pretty clear that these miniature phones are being advertised and sold with the purpose of being smuggled. That's why today, I am calling on online retailers and trading websites to take down products that are advertised to evade detection measures in prisons," Mr. Lidington said on Monday, December 18.

But Shazad Talib, a British businessman who has set up a Kickstarter page to get the idea off the ground, denied his phones were designed for use in prisons and said he was deeply disappointed by the British government's reaction. 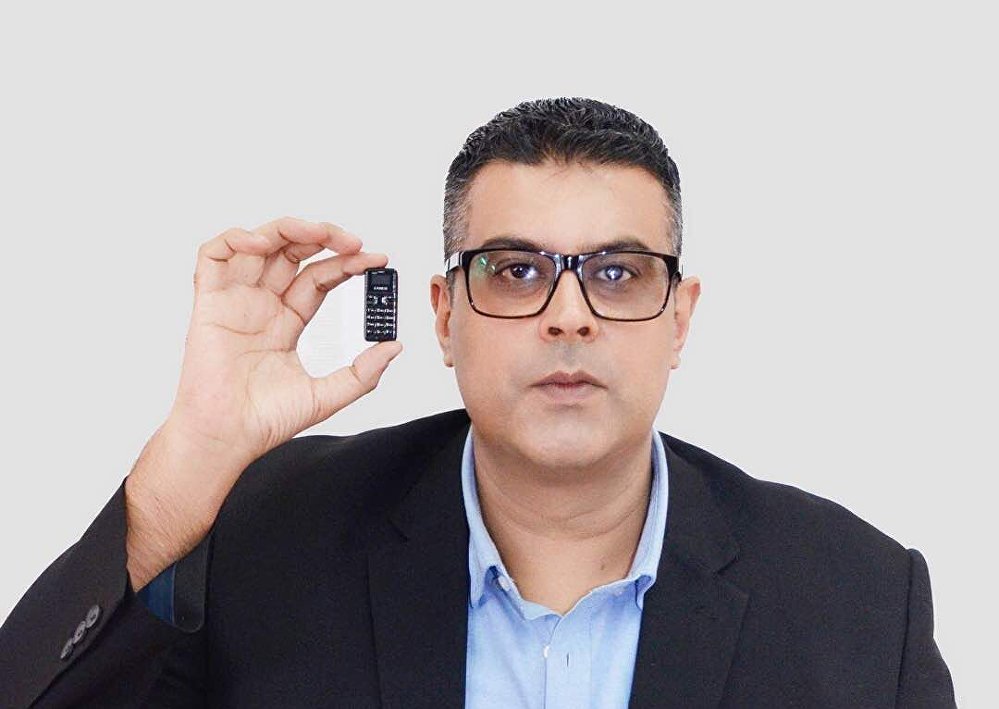 "It's unfortunate that I have the respect of 50 countries around the world but not my own home country. I thought the UK would be happy and proud of me," said Mr. Talib, who was born and brought up in the city of Bradford but now works in Shenzhen, China, where he lives with his Chinese wife.

"I agree with the Justice Secretary. They should not be going into prison but they should be jamming phone calls out of prisons anyway. It's quite upsetting the reaction I have got. The Daily Mail are writing nonsense about me," he told Sputnik, a reference to an article on the British news website.

Mr. Talib even offered to jam cellphone signals in UK prisons himself.

"If the government doesn't know how to do it they can ask me and I will do it. If they need my support I'm there for them. My company can make them a call jammer," said Mr. Talib.

"My company does not condone anybody breaking British law. We are not making these phones for criminals. We are making them for children and for all sorts of people who want them," Mr. Talib told Sputnik.

The Justice Secretary's calling for a ban on the sale of tiny mobile phones designed to flout prison security measures. David Lidington wants online retailers to stop selling the gadgets, which are no bigger than a cigarette lighter. pic.twitter.com/dr6G6hDacH

He said one woman had contacted him to thank him after her daughter used a hidden Zanco Fly phone — a slightly larger model — to call police, who tracked her and saved her from a rapist.

The Tiny T1 costs around £30 (US$40) on Kickstarter but Mr. Talib is confident it will be in stock with ordinary retailers by June.

Mr. Lidington said phones were a major headache for the prison authorities.

"Tackling the availability of drugs and mobile phones is as much about targeting the gangs and supply chains that operate beyond the prison walls as it is about detecting and managing them once they arrive inside the prison walls," he said.

Smugglers Try to 'Beat the BOSS'

Several well-known websites are advertising other miniature phones as "beat the BOSS" phones, a reference to the BOSS (Body Orifice Security Scanner) chair, which inmates are forced to sit in to make sure they have not hidden a cellphone or a SIM card internally.

We are stepping up our fight against organised crime gangs and have invested significant resources into boosting our prison intelligence units. A total of 28 people have been given sentences of over 80 years for using drones to get items into prisons. https://t.co/2cDkp0ZCjB pic.twitter.com/wuihTPUUt9

Mr. Talib pointed out the Tiny T1 contained metal parts and would therefore be picked up by the BOSS chair.

Last year prison officers recovered more than 13,000 mobile phones and sim cards behind bars, up from 3,473 ten years ago.

The Ministry of Justice claimed it was working with cellphone network operators on technology to block phone signals.

Murder Arranged by Phone in Jail in 2006

But it has known about the problem for at least a decade.

In 2008 Delphon Nicholas was jailed for life for the conspiring to murder a gangland rival, Andrew Wanogho, in London two years earlier.

Nicholas was behind bars on the night that Wanogho was shot dead but he had arranged the murder using a smuggled phone and was calling the gunman, Trevor Dennie, to direct him towards the target.

Howard Melamed, managing director of a US firm CellAntenna, offered in 2008 to provide the technology to block cellphone signals in and around prisons at a cost of just £250,000 (US$334,000) per prison. But his offer was ignored.