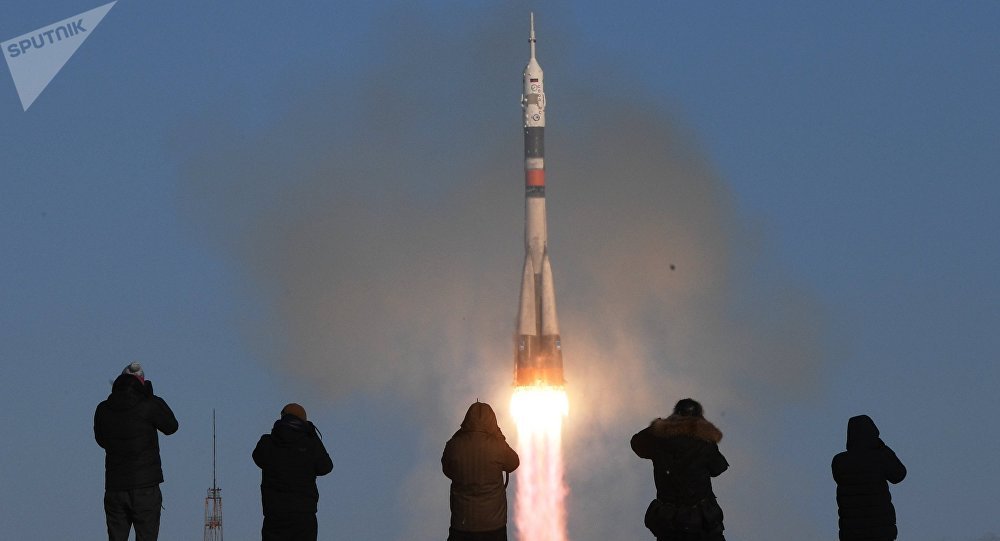 The two-day trip to the ISS has started from the launch pad used by Yuri Gagarin for the first journey into space in the history of humankind.

BAIKONUR COSMODROME (Kazakhstan), (Sputnik) — A Russian Soyuz-FG carrier rocket with the Soyuz MS-07 manned spacecraft lifted off on Sunday from the Baikonur space center in Kazakhstan to deliver the crew of Expedition 54/55 to the International Space Station (ISS), a Sputnik correspondent reported from the launch site.

The rocket was launched from the pad Yuri Gagarin used for the first journey into space in the history of humankind.

According to the correspondent, the aircraft has currently separated from the third stage of the Soyuz-FG carrier rocket.

The two-day trip is scheduled to finish at 8:42 GMT Tuesday, when members of the crew, comprising the Russian Federal Space Agency (Roscosmos) cosmonaut Anton Shkaplerov, NASA astronaut Scott Tingle and JAXA astronaut Norishige Kanai will dock with the ISS.

On the station, the crew will implement applied scientific research programs and experiments, carry out spacewalks as well as work with Progress MS cargo vehicles and US Dragon ships.