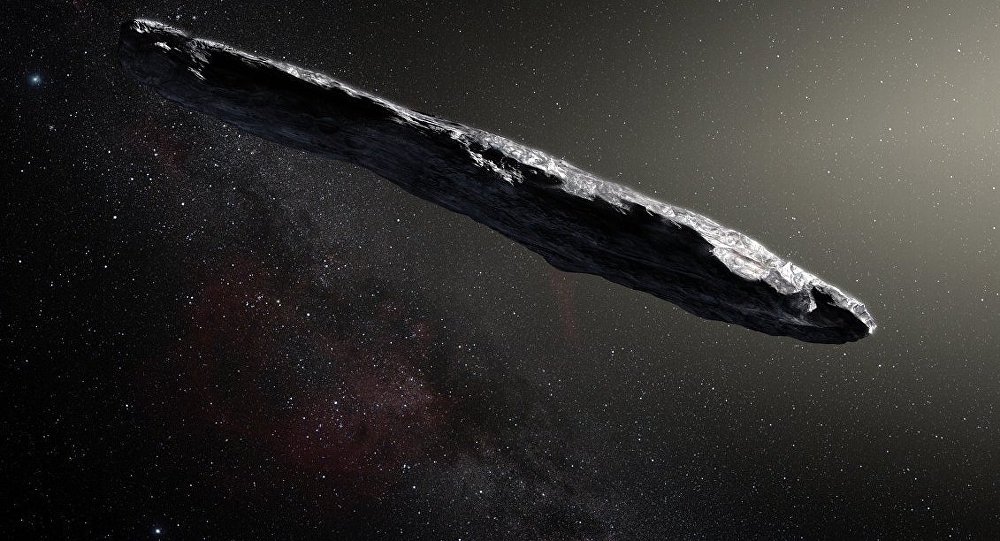 Scientists announced Thursday that they have detected no alien "signals" on the recently discovered cigar-shaped interstellar space rock dubbed "Oumuamua," the Hawaiian word for "messenger."

For the time being, "no such signals have been detected" by the Breakthrough Listen project's network of telescopes, officials with the project said in a statement. However, "the analysis is not yet complete," it added.

First spotted in October by Robert Weryk using the Pan STARRS telescope at the Haleakala Observatory in Hawaii, the space rock instantly drew attention as the first object to enter our solar system from another star system (or the first one human scientists have noticed, at any rate). Breakthrough Listen, a project dedicated to searching for alien life, quickly began researching the rock and its many peculiarities.

"It is great to see data pouring in from observations of this novel and interesting source," Andrew Siemion, lead researcher on the project and director of the Berkeley Search for Extraterrestrial Intelligence Research Center in California, said in a statement. "Our team is excited to see what additional observations and analyses will reveal."

YOUTUBE/Paul Begley
It Follows: Asteroid Narrowly Misses Earth, But Might Make Impact in 2079
"It was the first object discovered from interstellar space," Avi Loeb, an astronomy professor at Harvard University and an adviser to the Breakthrough Listen project, told Radio Sputnik. "It looks like its brightness changes by a factor of 10 as it rotates and reflects sunlight, and that implies that it is wide, and so it is a very elongated object that we have never seen before in the solar system."

Though Loeb believes that it's not "likely" that the rock "was artificially made by some alien civilization," he says it's something that researchers "should still check."

While Oumuamua is expected to pass by Jupiter's orbit in May 2018 before exiting past Saturn's orbit in January 2019, researchers are also planning on conducting three more "blocks" of observation of the "weird and exceptional" rock, Phys.org reported.

According to Siemion, Oumuamua was likely "ejected from its host star in some chaotic event billions of years ago," that found its way into our solar system by chance.