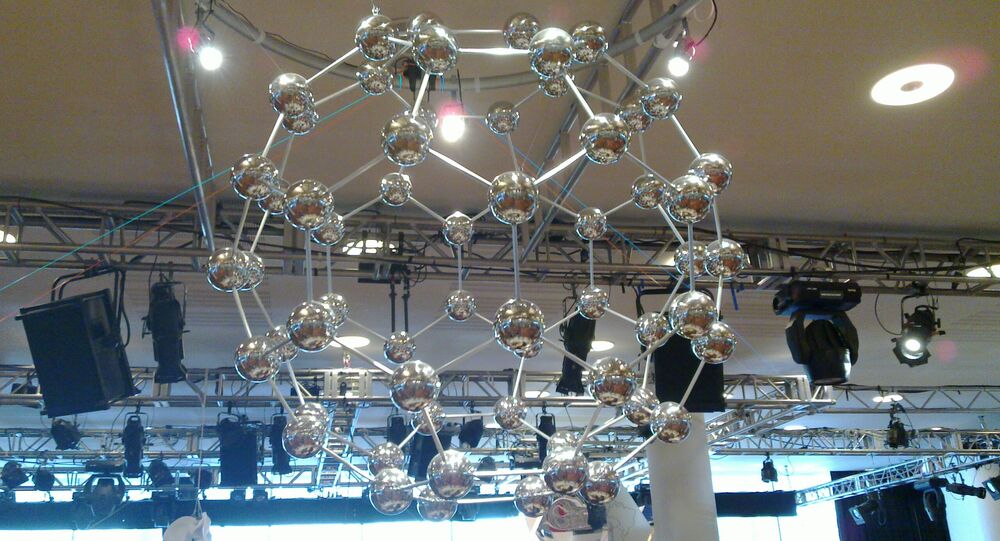 Scientists at the National Research Nuclear University (MEPhI) have explained the stability of nitrogen-doped fullerenes, which makes their industrial production and application easier. The article outlining the research was published in the reputable Physica E: Low-dimensional Systems and Nanostructures magazine.

Carbon is one of the most common chemical elements on Earth. It is part of all organic and many inorganic compounds. Before the end of the 20th century only two of its allotropic forms, diamond and graphite, were known. To date, scientists have discovered plenty of other forms that are already used in electronics, pharmacology and energy.

© Photo : Pixabay
Quinault Tribe in US Preparing Carbon Tax Proposal to Address Climate Change
One of the most promising among these forms are fullerenes, hollow spheres that contain 20 to several hundred carbon atoms. Their discovery won the Nobel Prize in Chemistry in 1996. It was found that each fullerene can act as a complete nanoelectronic device, such as a diode or a transistor. Thanks to their small dimensions, these ‘devices’ are very efficient and extremely fast.

Chemically modified fullerenes became the next stage in the development of fullerene technology. Substituting doping, which includes substituting one or several carbon atoms with atoms of a different element, is a common modification method. The fullerene’s overall structure remains the same but its electronic composition and chemical activity change.

Therefore, substituting doping increases the variability of fullerenes’ characteristics and hence expands the scope of their application.

Carbon’s closest elements in the Periodic Table are usually used as substitutes. They are boron or nitrogen, which have an atomic mass and a size close to that of carbon. Boron- and nitrogen-doped fullerenes are good adsorbents of medical substances and nerve agents. They also successfully adsorb additives.

However, a surging interest in their professional synthesis allowed scientists to also discover that production of nitrogen-doped fullerenes have a high share of defective isomers that differ from the others in structure and characteristics. The high temperatures required for synthesis caused the so-called Stone-Wales defect that destabilized fullerenes’ cages. It is important to note that boron-doped fullerenes were heat-resistant.

© CC0
Russian Scientists Turn Nanomaterial Into Weapon Against HIV
Professors of Condensed Matter Physics from MEPhI’s Institute of Nanoengineering in Electronics, Spintronics and Photonics Konstantin Katin and Mikhail Maslov undertook to explain this characteristic. For their research, they chose the smallest fullerene, consisting of only 20 atoms. Due to its small size it is less stable than other fullerenes. Therefore, the causes of defects should be most apparent.

Interaction of fullerene atoms and distribution of electrons within its cage were described using special mathematical models based on the laws of quantum mechanics. The physicists used both specialized software packages and their own original programs. The most complicated task was to establish the geometry of the saddle point, a fullerene’s configuration when normal thermal excitation becomes irreversible and by all means leads to the defect.

MEPhI’s results provided a complete explanation of the stability of doped fullerenes. Based on quantum mechanics equations, the researchers proved that, unlike boron, even one atom of nitrogen can destabilize a fullerene cage because of the nitrogen’s atom having one additional electron.

“We found that it takes 4.93 eV to destroy the original С20 fullerene while it takes only 2.98 eV to destroy a C19N doped fullerene. Clusters with more nitrogen are even less stable. Based on these data, we can conclude that nitrogen-doped fullerenes are highly susceptible to temperature. Lowering the temperature in a reactor by only ~20°C will significantly reduce the share of defective fullerenes,” Konstantin Katin explained.

The publication provoked great international interest among scientists researching production and application of doped fullerenes. Within the next few years, a technology may be developed for synthesizing nitrogen-doped fullerenes at lower temperatures. The technology could solve the problem of defective isomers and ensure that the characteristics of the resulting cluster can be reproduced.