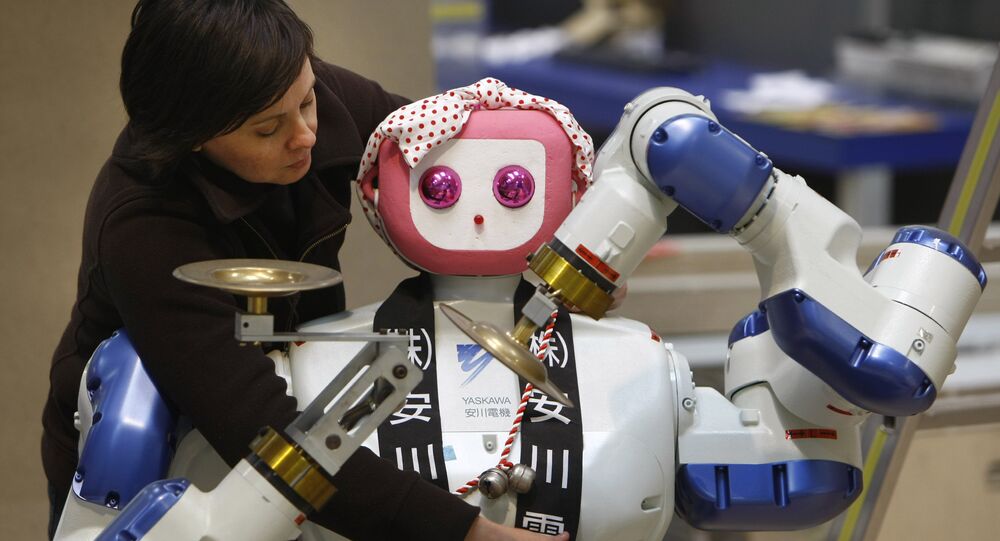 Those planning on attending the 2020 Tokyo Olympics can look forward to receiving luggage and language assistance from robots “scattered” around Haneda Airport.

According to Yutaka Kuratomi, a representative from the Japan Airport Terminal, seven new robots have been designed to perform useful tasks at the airport, Channel News Asia reported.

One of the robots is a fluffy cat mascot that translates what visitors are saying into various languages. Visitors can speak into a microphone attached to the robot and translations automatically appear on a screen.

In addition, a small white humanoid robot named Cinnamon will be moving around the airport asking travelers if they need assistance and providing them with directions.

Another robot will carry travelers' luggage through the premises.

"We want foreign tourists to think that the Japanese people are cool when they come here," Kuratomi told AFP, implying that Japan is looking forward to revealing its advanced robot technology to the world.

The robots will undergo trials at Haneda for a whole month starting January 9, 2018.

This is not the first time that Japan has used robots for other functions.

This year, a humanoid robot, "Pepper," was developed to perform as a Buddhist priest at funerals.

The average cost of a funeral in Japan can be as high as $26,000, according to 2008 data from Japan's Consumer Association, and human priests are a pretty significant chunk, costing as much as almost $2,200. With Japan's aging population, Pepper could be a cheaper alternative to human priests at only $450 per funeral.

Japan has turned to robots as the solution to many of its challenges. The country has been struggling with a population decline over the last few years because people just aren't having enough babies. The population is expected to fall from 128 million people to fewer than 100 million by 2050, so roboticists are working very hard to create perfect humanoids who talk and walk even more like humans to maintain a certain quality of life in Japan, CBS news reported.