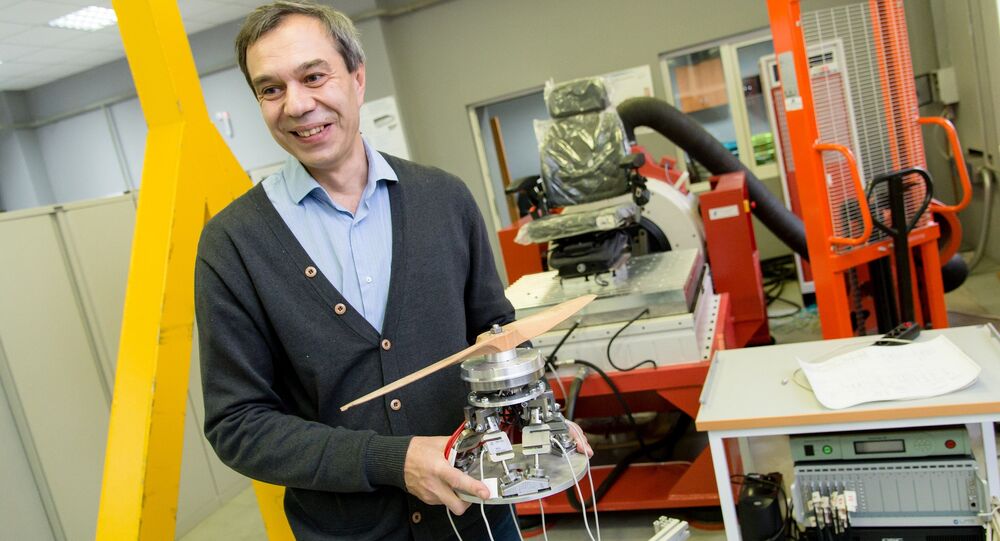 One of the advantages of the electric motor is its reliability.

A team of scientists and engineers from the Polytechnic Institute of South Ural State University within Project 5-100 invented useful brushless electric motors for aerospace equipment.

The operating principle of such a motor is the following: a system of constant highly efficient magnets of rare-earth elements is placed on the spinning part of the motor – the rotor; a system of conductive coils is placed on a stator. When switching current in these coils, the magnets start pursuing the traveling field and lug the rotor along.

“Nowadays, all drones, quadcopters and electric helicopters use such electric motors as a main motion driver. The issue becomes the increasing of power of such machines and their implementation in manned aviation. The specificity of our motor is in the fact that it has the power of 3 kilowatt and an active system mass of about 750 grams. These characteristics are quite high and can be compared to product characteristics of foreign manufacturers,” says an associate professor of the Department of Aircrafts and Automatic Units of the Faculty of Aerospace Engineering, deputy director for research activity of the SUSU Polytechnic Institute, Viktor Fyodorov.

These results had been achieved due to the use of a compacted engine configuration provided by 3D print technology for producing electric coils made of a light metal alloy with a current distributor of a variable cross-section. Engineering solutions used in the motor’s construction are presently being patented.

One of the advantages of the electric motor is its reliability. When comparing the number of details composing a combustion engine and an electric motor of the same capacity, it is noticeable that the latter only has two components: a rotor and a stator. A piston engine has several times more moving components. When combining the use of electric motors and highly efficient electric energy sources, electric traction starts overtaking other engines by its characteristics, first of all, by its reliability.