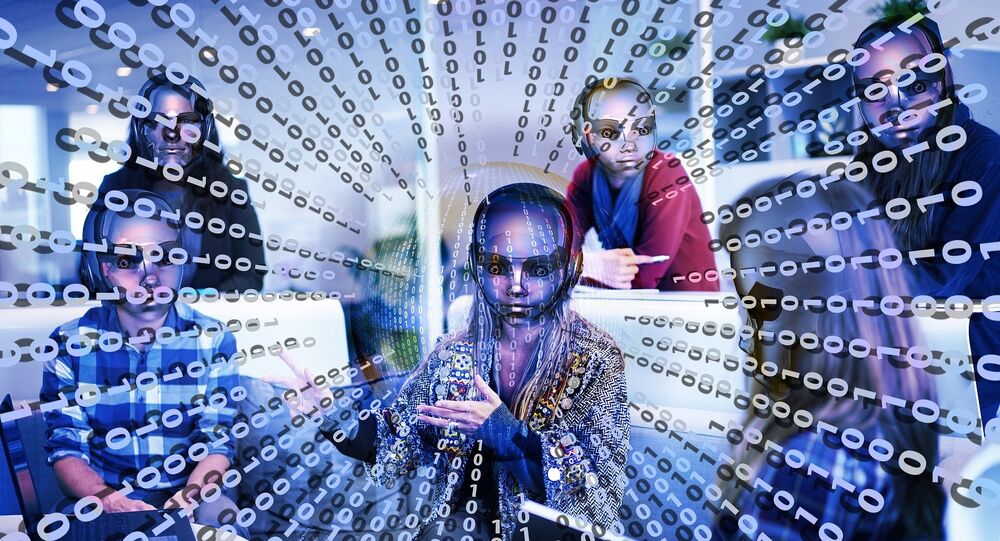 The latest scientific developments show that hopes around the artificial intelligence, helping to find solutions to all kinds of problems, could be justified.

MOSCOW (Sputnik) —  By the mid-20th century, both physicists and lyricists were scratching their heads over the issue of artificial intelligence. What would it be like? What kinds of risks would it bear for humanity? Now we know the answer to the first question. Artificial intelligence is a computer program. It can make calculations, play chess and have robots do backflips.

The second question is more complicated. Some believe that artificial intelligence is a source of evil, adopting its own motives to destroy humanity, while others place great faith in it, hoping it will find solutions to all kinds of problems. The latest scientific developments show that the latter could be right. Machines with "artificial brains" can successfully replace their creators in many spheres of human activity, and — in certain areas — even surpass them.

READ MORE: Friend or Foe? Scientists Outline What to Expect From AI Over the Next Century

It does not matter what kind of outer shell artificial intelligence has. There are many approaches: a tiny music player, a quantum computer, a robot, a laser system, an airplane. A device's intelligence is determined by its given algorithm and data. Researchers at the National Research Nuclear University MEPhI, for instance, who also have their opinions on artificial intelligence, are currently developing a security system for smartphones that will recognize a phone's owner by the way he or she is handling the device.

Fast responses, memory, an ability to self-educate and create — no matter what it looks like, a machine that has all these functions will think almost like an actual human. Ironically, this comparison will not promote artificial intelligence because the idea starts to scare us. Who knows what kind of ideas a processor could have once we encourage it to show initiative. It could decide to hurt us, make us slaves or even destroy us.

"Hollywood movies like The Terminator or The Matrix, are somewhat far-fetched. Today computers are so dependent on humans that even if they were capable of destroying people, they would not be able to exist on their own. But, of course, we can predict that in the future robots will learn to extract minerals, build plants and provide themselves with energy on their own, but I doubt this will happen in this century. Predicting anything science-related, however, is a thankless task since too many things depend on funding," said Alexei Samsonovich, a professor at MEPhI's Institute of Cyber Intelligence Systems.

Some, not without reason, predict that artificial intelligence will take all our jobs. Automation has already taken plenty of our jobs, for example, typesetting and navigation; and it will soon render many more jobs useless. But practice shows that the process of automation also creates new jobs that will allow humans to realize their intellectual and creative potential. The more tasks we delegate to our virtual counterparts, the more time we'll have for solving important and complex problems. For example, predicting breakdowns at large power plants, such as nuclear power plants.

"The neural net-based intellectual system that we are currently creating will be able to predict when the combination of certain factors will cause a breakdown of major components at a power station. The various parts of large mechanisms rarely break down separately. Accidents are mostly caused by, for example, simultaneous failure of several parts. A human simply cannot calculate and analyze this amount of data in order to learn when a breakdown will happen and what will cause it," said Valentin Klimov, deputy director of the MEPhI's Institute of Cyber Intelligence Systems.

The pace of development for artificial intelligence is both intriguing and intimidating since it is bringing us closer to the moment when humans will have to answer many ethical questions. Should we consider each intelligent program an individual? What kind of rights and obligations should it have? Should we be regulating its work? It is hard to stop scientific progress. Thus, we'll be sharing our living space with artificial intelligence. It would be nice to think that we will become friends.