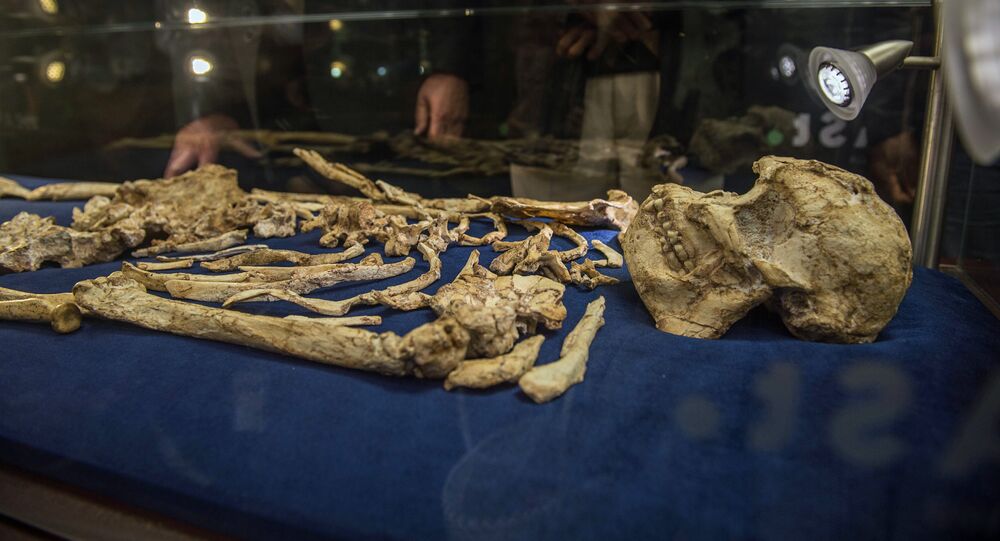 The skeleton suggests that "Little Foot" was more like a human than an ape and points to a possibility that hominins were spread out farther across Africa than was previously thought.

Paleontologists have recently unveiled “Little Foot,” a 3.6-million-year-old fossil of a human ancestor. The only known complete Australopithecus fossil was discovered by scientist Ron Clarke in 1994, and it took over 20 years to carefully reconstruct the ancient skeleton.

Soon after his discovery Clarke realized that the remarkably complete hominoid skeleton is extremely significant. It could help researchers better understand the human ancestor’s appearance and movement.

Clarke alongside his team used different scientific methods to analyze every bone that had been attributed to Little Foot.

“Many of the bones of the skeleton are fragile, yet they were all deeply embedded in a concrete-like rock called breccia," I4u.com reported Clarke as saying.

Little Foot is not the oldest hominin skeleton ever found; the oldest is Ardi, a hominin that lived in Ethiopia 4.4 million years ago. However, it is significantly more complete than Ardi, and hence, may be more informative.

It is expected that Little Foot will be able to provide significant information about the Australopithecus ancestors, how they moved and what they looked like.

According to Clarke, the skeleton is relatively small, standing about 135 centimeters (4 feet 4 inches). She's a female skeleton, as the anatomy of her pelvic structure, face and teeth has revealed.

© Photo : The Commander Islands Nature and Biosphere Reserve
Giant Skeleton Washes Ashore in Russia's Far East (PHOTOS)
Scientists think that the bones may have belonged to a young girl who died after falling down a shaft into a cave.

Little Foot is also the first skeleton to allow a comparison to be made between the arm length and leg length of a single individual. Her legs were longer than her arms, suggesting that she was more like a human than an ape.

Among other significant discoveries, the skeleton points to a possibility that hominins were spread out farther across Africa than was previously thought. It also seems like Little Foot walked upright, and probably lived in trees, as publication Science Alert reported.

Scientists from around the world are currently studying Little Foot to learn more about the ancient specimen.