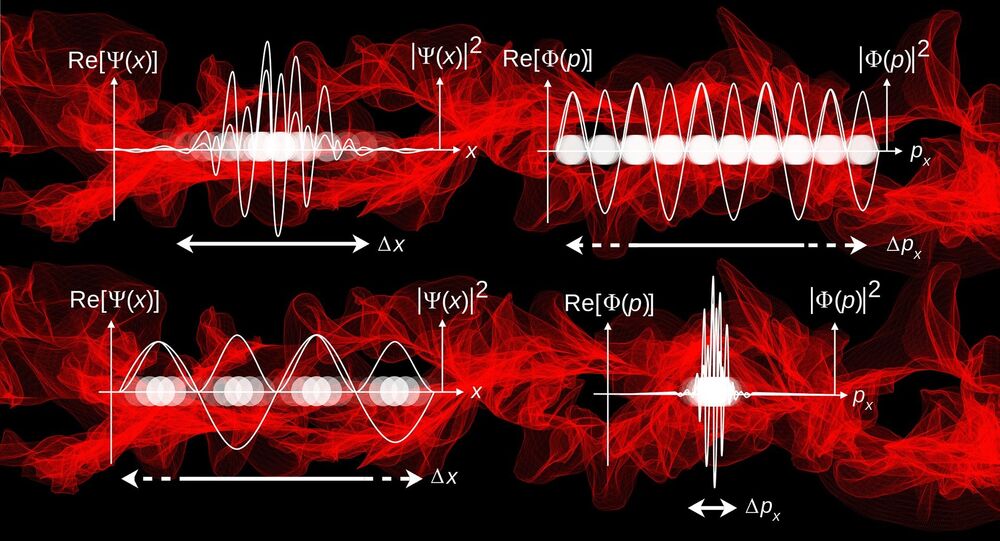 Reality, What a Concept: Scientists Discover New Form of Matter

US researchers claim they now have the “smoking gun” proof of existence of a subatomic particle called an ‘exciton’ - a substance theorized half a century ago.

Researchers from the University of California and University of Illinois claim to have observed and measured excitonium — a form of matter that displays quantum properties. This is the first proof of the matter since its existence was theorized some fifty years ago.

The team claims to have reproduced the identical result on five discrete 1T-TiSe2 crystals.

The exact properties of excitonium remain to be studied, but theoretical physicists debate whether the matter is a superconductor, an insulator, a superfluid — or maybe all three — providing convincing arguments for every version.

According to a description in Phys.org, excitonium is made of excitons — bonded particles made out electrons, attracted to what is termed an ‘electron hole.' An electron hole is a theoretical abstraction for the empty space left behind by an excited electron that has jumped to a higher band of conduction. While an electron hole is an absence of particles, it also displays particle-like properties. Think of a bubble of air inside water by way of an analogy.

Until today, researchers had no means of proving that what they observed was in fact an exciton — and not a very similar-acting, but otherwise altogether different thing called "Peierls phase." This time, however, researchers used a two measuring devices: an EEL spectrometer and a goniometer, and created a new technique they termed "momentum-resolved electron energy-loss spectroscopy (M-EELS)."

What the researchers saw as they heated a TiSe crystal to the critical temperature of 190 Kelvin, was a soft plasmon phase which the researchers claim to be their "smoking gun" proof of exciton condensation in a three-dimensional solid, marking the first-ever definitive evidence for the discovery of excitonium.

"This result is of cosmic significance," gushed lead researcher Peter Abbamonte. "Ever since the term 'excitonium' was coined in the 1960s by Harvard theoretical physicist Bert Halperin, physicists have sought to demonstrate its existence. Since the 1970s, many experimentalists have published evidence of the existence of excitonium, but their findings weren't definitive proof and could equally have been explained by a conventional structural phase transition."

The discovery of exciton holds promise for unlocking further quantum mechanical mysteries, since the study of macroscopic quantum phenomena has shaped humanity's understanding of quantum mechanics.