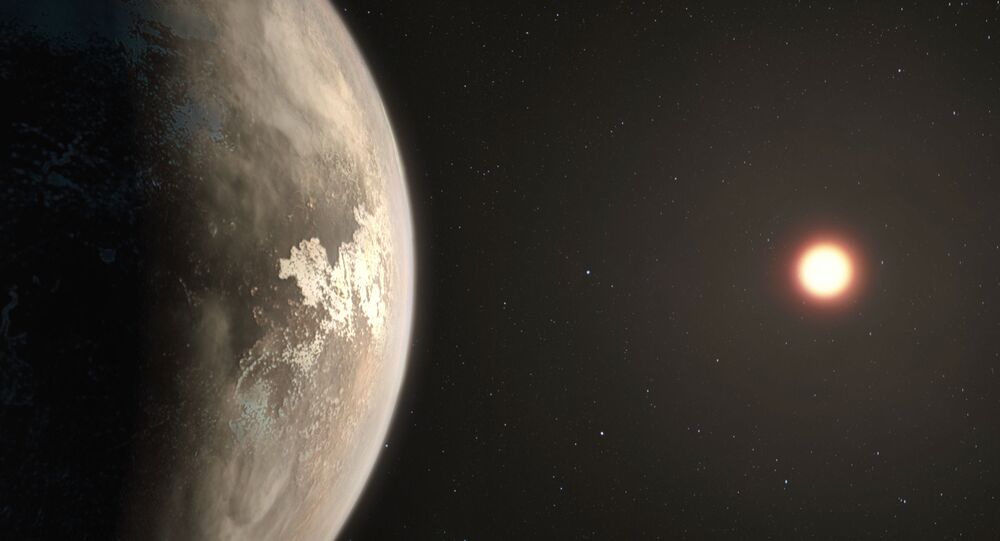 Astronomers from the European Southern Observatory (ESO) have discovered a small exoplanet located approximately 11 light years away from the Solar system, which may sustain life.

Those who hope to one day discover the presence extraterrestrial life in the vastness of space, or perhaps a habitable planet where humanity could relocate if Earth gets wiped out by some massive catastrophe, may find their spirits lifted by a new astronomical discovery.

Rodrigo Diaz, an Argentinian scientist working on the team, told Sputnik Mundo that Ross 128b was identified a while ago, but it took considerable time to determine the planet’s exact position.

"The star is a little weaker and smaller than the Sun. The novelty of this discovery is the presence of an object in this star’s orbit with a mass estimate 1.4 times that of the Earth, which makes it possible for liquid water to be present on the surface," Diaz explained.

He pointed out that it may take years to determine whether the planet can sustain life as researchers will study Ross 128b atmosphere for the presence of chemical substances like oxygen.

"The planet’s proximity to the star it orbits means that during the next 15 years we’ll be able to study its atmosphere and to determine the presence of molecules that may hint at biological activity on the planet’s surface," Diaz said.

The scientist added that this research will require new advanced tools, which is why there’s currently a massive telescope being constructed in Chile under the ESO auspices.

The Extremely Large Telescope, due to be built by 2024, is expected to allow the astronomers to perform studies of the Ross 128b atmosphere which cannot currently be accomplished.

Mario Diaz, head of the Center for Gravitational Waves Astronomy at the University of Texas Rio Grande Valley, also told Sputnik that this discovery an impressive "technological feat" which reveals that there are planets out there which can possibly sustain life.

"Digital photography revolutionized astronomy. However, there’s still a lot to accomplish. There are billions of trillions of stars out there, and we only just started studying our backyard," Diaz remarked.

However, for those thinking that it’s just a quick hop over to the new planet, at our civilization’s current technological level, a journey of 11 light years will take approximately 237,000 years.