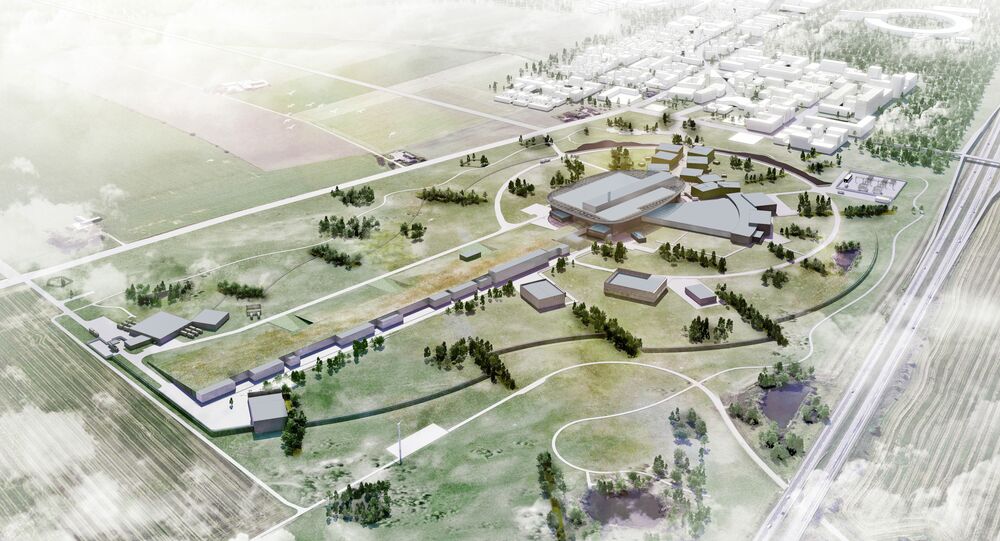 The Neutron Eye: Sweden to House World's Most Powerful Microscope

Sweden is currently in the process of building the world's brightest synchrotron light source. Although the project is scheduled for completion only in 2023, the amplification of what has been dubbed "the world's most powerful microscope" is already a subject of debate.

The European Spallation Source (ESS), currently under construction north of the Swedish city of Lund, will provide neutron beams up to 30 times brighter than any current neutron source. Intended for completion within five years' time, the world's most powerful microscope will use spallation, a process in which fragments of material (spall) are ejected from a body using impact or stress.

The ESS is scheduled to eventually reach a maximum power of 5MWt. However, the recent change of construction plans has made it possible to reach the same impact at only 2MWt capacity.

"This allows us to reach even more with 5MWt, the day we are fully ready for it and have additional instruments in place," researcher Marie-Louise Ainalem told Swedish Radio.

© CC0
Former 'Angry Bird' Wants to Dig Rail Tunnel Under Baltic Sea
Reaching such a capacity is expensive and technically complicated. Since the cost of the ESS project has been estimated at SEK 18 billion ($2.2 billion), a discussion on the efficacy of such an "overkill mode" is underway, as some experts argue the ESS won't really need this much. Sven Stafström, Director General of the Swedish Research Council and one of the Swedish members of the ESS council, is in favor of the maximum impact, arguing that 5MWt is not the limit.

At present, the concrete walls of what is called a target station are being cast. Inside, a nearly five-ton heavy wheel made of tungsten will rotate, surrounded by nearly 6,000 tons of steel and concrete, which will constitute the heart of the ESS.

The half-kilometer long tunnel that ends at the target station is already completed. Through the tunnel, protons will be accelerated to almost the speed of light. When they finally meet the tungsten wheel inside the target station, the neutrons will be released to function as "rays of light" for the giant microscope.

500 m-long room at @essneutron. Soon this room will host a beam of protons traveling at 96% of the speed of light. This is part of the accelerator that will produce neutrons by crashing high-speed protons into atoms of tungsten in a process called spallation. pic.twitter.com/MnC2oKpr5z

​This massive contraption will allow researchers to get detailed images of different materials at the atomic level. Possible points of application include gaining advanced knowledge about the biology of the human body, to produce new drugs or reveal the structure of fragile archeological finds without damaging them.

Sweden and Denmark agreed to become joint hosts of the ESS, and the facility will be constructed in Lund adjacent to the national synchrotron light laboratory Max IV and operated from the Data Management and Software Centre (DMSC) in Copenhagen.

​The ESS is also designed to be carbon-neutral and is even expected to reduce carbon dioxide emissions in the region.