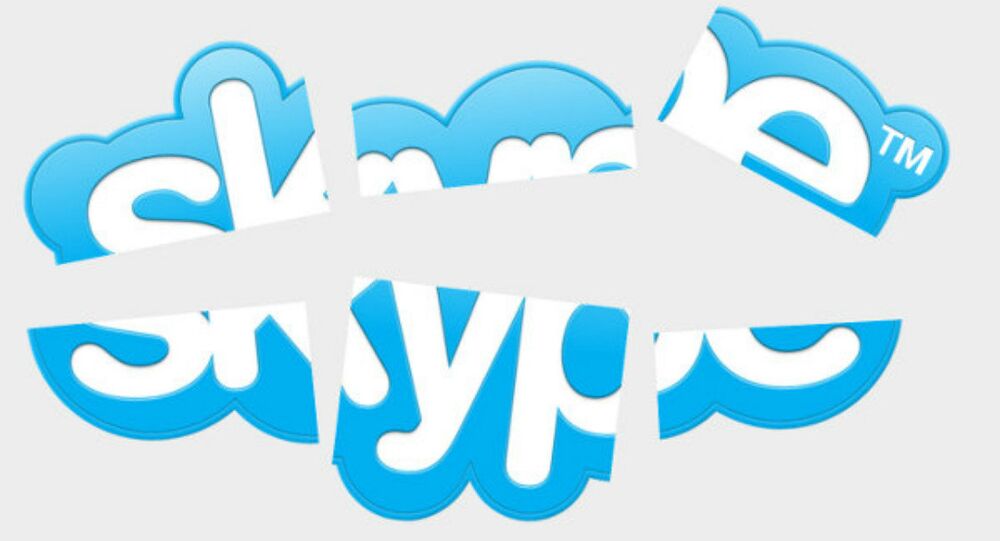 Tech companies have been forced to remove Skype, one of the world’s largest voice over internet protocol (VoIP) and text messaging services, from their has iOS and Android app stores, the newest addition to the lengthy list of applications banned by the Chinese government.

"We have been notified by the Ministry of Public Security that a number of VoIP apps do not comply with local law, therefore these apps have been removed from the App Store in China," Apple said in a statement, noting that the application still remains available in all other countries.

Skype owner Microsoft responded by calling the ban "temporary" and saying it is working to "reinstate the app as soon as possible."

"The iOS version of Skype has been temporarily removed from the app store in China," the company's spokesperson said, according to BBC. "We're passionate about the benefit that Skype offers to our users around the world by facilitating communication and enabling collaboration."

© AFP 2021 / Fayez Nureldine
End to Skype, WhatsApp Voice Calls Ban Down to Saudi Economy, Oil Prices
It was not disclosed exactly which laws Skype violates. The media speculate that the real reason behind the ban was China's Ministry of Public Security's crackdown on applications that allow communication under the radar of Chinese authorities.

The removal of Skype is the most recent in a series of bans on internet messaging applications and foreign TV shows that has taken place in China in recent months, according to the New York Times.

In July, Apple came under fire after it removed 60 different applications that allowed for virtual private network setup, a tool essential for avoiding the so-called "Great Firewall of China," the nickname for the communist country's national system of internet censorship.

Earlier this week, Apple revealed it had to remove a whopping 674 different VPN applications even as the tech giant questioned the legality of Chinese demands.

In October, Chinese authorities used security measures at the Communist Party congress as an excuse to severely disrupt WhatsApp messenger activity, Japan Times reports. But, as New York Times points out, Skype was taken down only after the official meeting ended.

As of now, Skype is only available for Chinese users from sources located outside China.