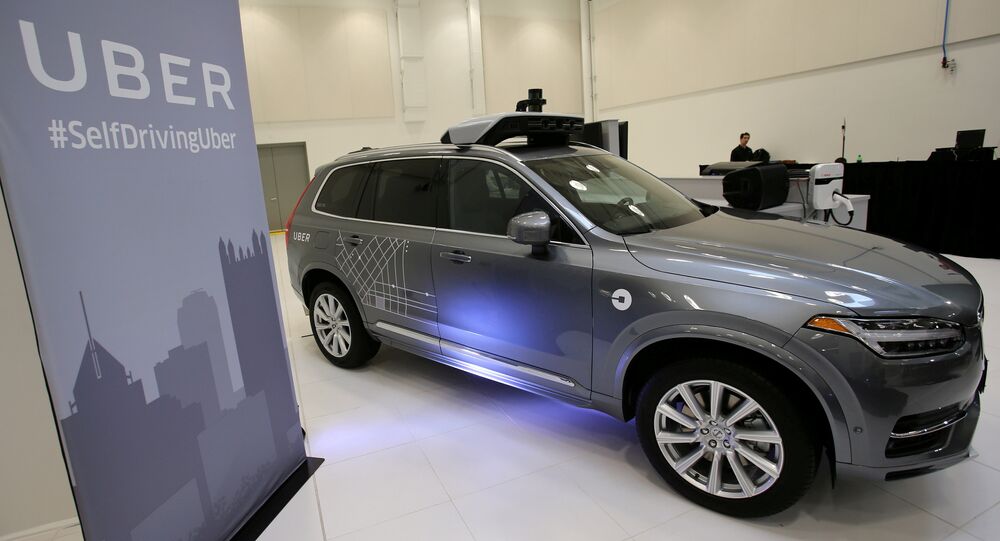 Swedish car giant Volvo will deliver tens of thousands of self-driving cars to the international Uber taxi service under a framework agreement. With this transaction, the controversial, loss-ridden and lawsuit-plagued US firm is hoping to make the transition from being a taxi app to a major operator of a fleet of self-driving cars.

Volvo will provide Uber with its flagship XC90 SUVs equipped with autonomous technology as part of a non-exclusive deal from 2019 to 2021, the company said in a statement. The deal could potentially cover up to 24,000 cars, the Dagens Nyheter daily reported.

Should Uber buy the whole batch of 24,000 cars, the order would propel Volvo into the driver's seat in the autonomous vehicle industry, becoming the biggest sale so far. Various estimates put the order at around $1 billion.

The deal builds on a three-year partnership, as well as a $300 million deal Volvo announced with Uber last year focused on collaborating on the design and financing of cars with self-driving systems. The self-driving system to be used in the Volvo cars is currently under development by Uber's Advanced Technologies Group. A new Volvo XC90 typically retails from a starting price of around $50,000.

My favorite car is also on @Uber's shopping list. Whilst I'm not sure I'll definitely get one, Uber just order 24,000 of them. Clearly we're on different budgets. 😂 #XC90 #Volvo pic.twitter.com/67YwNAlwIR

​Uber has been testing self-driving Volvo prototypes for over a year at various sites across the US, albeit with safety drivers in the front seat to intervene in time to prevent an accident.

Volvo's goal is to become "the world's most sought-after car supplier for self-driving car sharing services."

"New technology is picking up and is about to destroy the automobile industry, and Volvo Cars choose to be an active part of the disruption," Volvo Cars CEO Håkan Samuelsson said in a press-release.

© AP Photo / Eric Risberg
Uber Under Fire For Covering Up Massive Security Breach
While undeniably lucrative for Volvo, the deal would also equip Uber, which is currently losing over $600 million a quarter amid a spate of lawsuits and fines, with its first commercial fleet of cars.

In theory, the driverless cars would be available through the usual Uber app in a process Uber's head of automotive alliances Jeff Miller described as "removing the vehicle operator from the equation."

Previously, Uber had to pull out of several European countries, including Sweden's fellow Nordic nations of Denmark and Finland, while also racking up millions of dollars in fines and losing tens of thousands of drivers and millions of riders.

Volvo, one of Sweden's biggest manufacturers by revenue, has been under Chinese ownership since 2010, when it was acquired by Zhejiang Geely Holding Group. It plans to build the SUVs in question at its Torslanda plant in western Sweden.

These alliances with car-sharing firms and tech startups, trying to claim a piece of what is expected to become a profitable market, indicate the increasing pressure on car manufacturers that fear becoming obsolete in a world of increased automation.